We are huge gamers in this house… and by we, I mean my kids and husband. I like a good game myself, but they are the big gamers here. The biggest fan of video games is my son. He will play any game. Truly. We were sent a few games to try out from Activision and Johnny was beyond thrilled when they showed up. He hasn’t had any new games in some time so he got started right away. 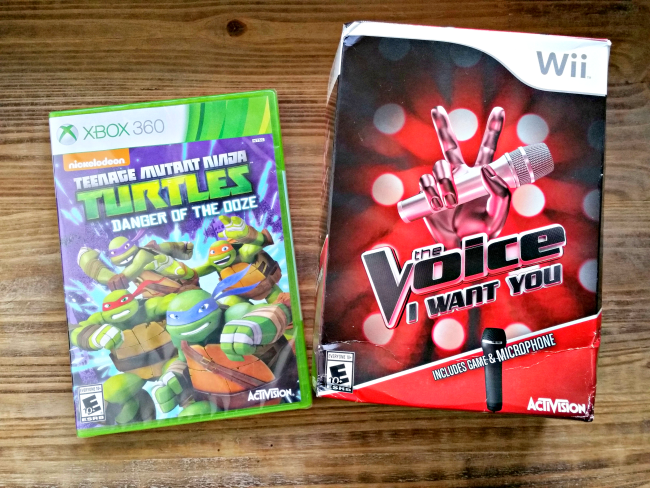 We have a few game consoles in our house so, while I set up one game in his room, he started another in our living room. I’ll start with the one I was setting up, The Voice.

The Voice video game brings all the excitement of the hit TV show to your living room. From the Blind Auditions, to the Battle Rounds, all the way to the Finale, experience the TV show with the ultimate goal of being named “The Voice.”

• Select from chart-topping hits spanning Rock, R&B, Pop and Country!
• Impress the coaches and watch them compete for you to join their team.
• Learn tips and techniques to help improve your performances including, breathing, vocal range and harmonizing in Voice Coach Mode.
• Grab 7 of your friends and sing your favorite songs in Party Mode! 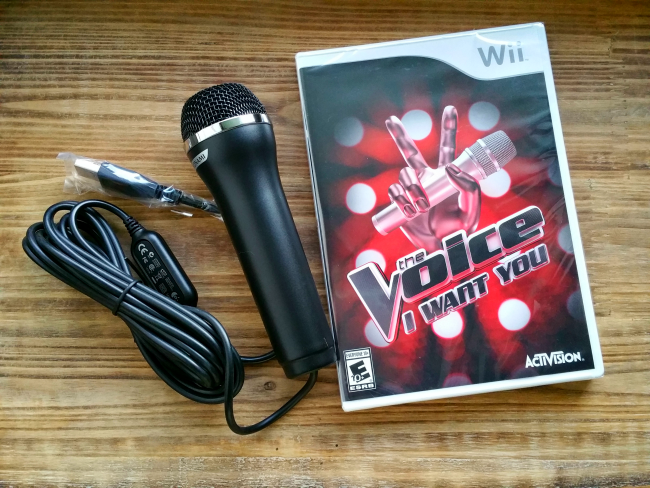 I love to sing (even though no one loves to hear it). This game makes that so much fun. I was able to do it for a few minutes before my kids took over and it is a great game that is easy enough for kids to play but fun enough for adults.  You get to pick songs that you want to sing and have prompts to help you get the best scores. My kids didn’t really understand that part but they had a great time trying. I will say that, as an adult, I knew most of the songs but I am not sure many of them would be known by people less than teenage years. My older two knew a few of the songs and they were fine with that. When I asked them what they liked the most, they said it was because of the microphone and I admit that it is fun to sing into.

While Joley and I were playing The Voice, Johnny was playing Teenage Mutant Ninja Turtles: Danger of the Ooze. I heard whoops and hollers from the other room while he played. He was really enjoying it!

The Turtles are back in action against the evils of the world! Stop Shredder and his army of mutants as he threatens to unleash the power of a new Super Mutagen that could destroy their beloved NYC.
* Play as your favorite Turtle or switch between them on the fly!
* Battle NEW enemies from the hit TV show, not yet seen in a TMNT video game!
* Fight villains with an all NEW combat system to earn EXP and upgrade your characters.
* Find hidden upgrades as you explore the non-linear world!
* Discover new locations including the mysterious Dimension X! 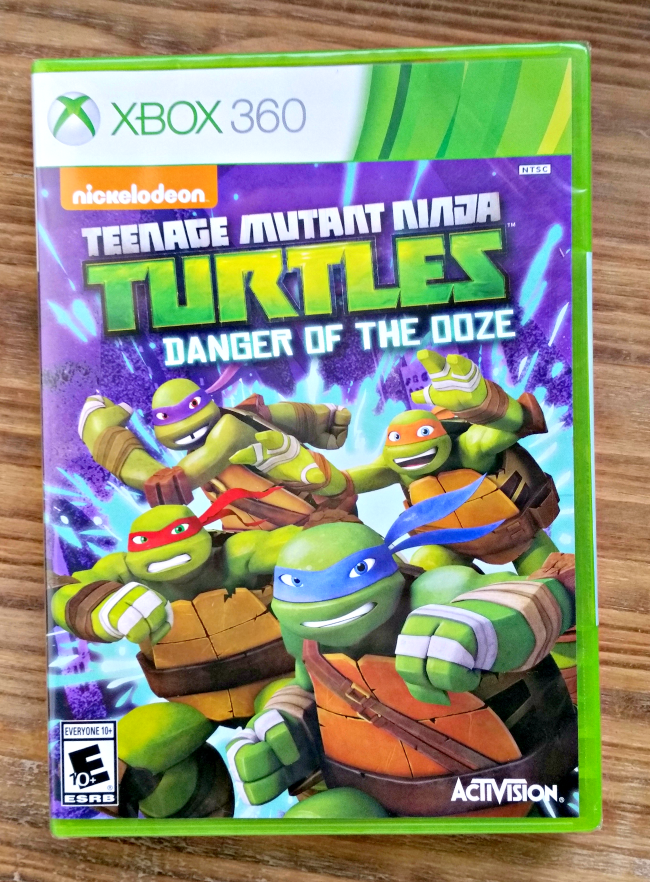 Johnny loves the Teenage Mutant Ninja Turtles so I knew he was going to love this game the second I saw it. He said it was “hard but awesome” and played it for quite some time before joining me and the girls to play the other game. He has played this game several times since it arrived too (a sign of a good game in this house). He was excited to see new enemies in this game as well as trying to stop Shredder. The graphics are nice and bright with a nice look for both kids and adults alike. Johnny wants to find the hidden upgrades the most and that is why he says he wants to play so much.

Teenage Mutant Ninja Turtles: Danger of the Ooze is available for Xbox 360, PlayStation3, and Nintendo 3DS. You can find it now where games are sold for $39.99.

Both games are rated E 10+. I don’t think either are bad for children but you may not like the “violence” of the TMNT game or the lyrics of The Voice game. I would check out the visuals online first if you are worried. I, personally have no problem with my 8 year old playing either game and the lyrics from The Voice are no worse than the kids here on the radio every day.

I think that these would be great gifts for kids or adults on your holiday list. Have someone that loves singing? The Voice will be fun for them. Are you someone that likes to get together for parties with friends? You would love The Voice! If you have a boy or man in your life that likes Teenage Mutant Ninja Turtles, then you have to get them that game. They will thank you for it!

Would either of these games be good for someone on your holiday list? Which would you like the most?