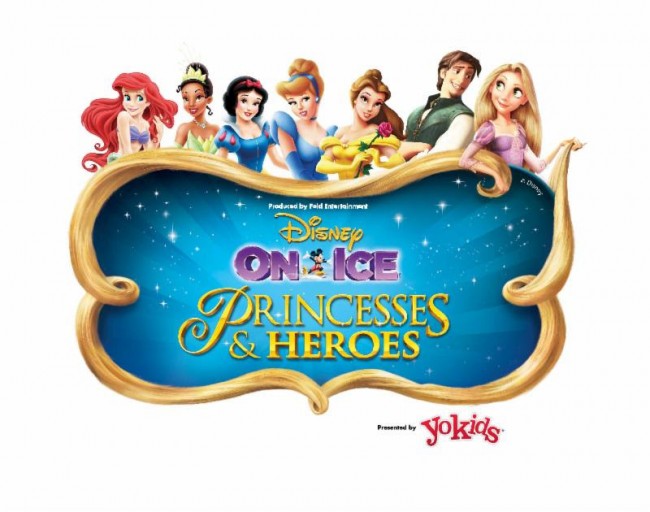 If there is one thing I can say my kids enjoy, it is going to shows or movies. They have grown up with a blogger mom so they have seen a number of shows and attended a ton of movie premieres but it is always a huge deal for them to go and they are always thrilled. We recently received some tickets to see Disney on Ice: Princesses and Heroes but the funny thing about it is that I didn’t even know about these tickets until the day before the show! The email came that I would be receiving the tickets and the show was just over 24 hours away!

So, what does this mom do? I don’t tell my kids.

You may wonder why. Well, let me tell you…. My kids, if they had known, would have made me crazy with questions about when we would go, who was going to be there, and “please can we get some popcorn?”. They always ask for popcorn at Disney on Ice shows and, despite the crazy vending prices, I always get them some. They are popcorn fanatics, what can I say?!?

I waited until they came home from school and used the “you need to do your homework if you want a big surprise” trick. Yes I did! I have no shame. That was all the encouragement they needed and homework was done in record time. We all hopped into the car and headed out. They still had no idea the fun that was awaiting them at the end of our 45 minute drive. We stopped for dinner and they were still unsure what was going on, but they knew it was a big deal because we rarely eat in the car. The guesses were coming from both Johnny and Joley but nothing was quite right… yet.

We pulled up to our exit and Joley made a little squeal and Jemma screamed a “yay” from the backseat. You can see the beautiful banner for the show right on the huge arena. The cat was out of the bag… we were going to Disney on Ice!

You would think that we gave the girls a million dollars with how excited they were. I was a superhero in their eyes! I could have wore a cape and and they wouldn’t have thought any higher of me. I was the “best mom ever”! I will be honest in that Johnny was, at this point, along for the ride. Not a huge fan of princesses anymore (he is a big 8 years old), he sucked it up and was excited for his sisters… and the popcorn.

So, what did we think of Disney on Ice: Princesses and Heroes? I have been to a bunch of these shows and this one is one of my all-time favorites. Why? Well, for one, they had the 7 dwarfs! I haven’t seen them on ice before and it was so neat! Jemma was a bit scared of them but soon got over her fear and enjoyed this part of the show. 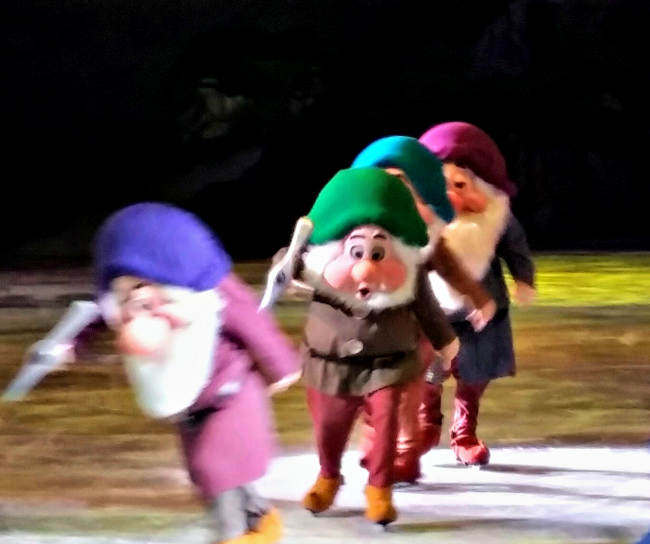 Cinderella came out in her carriage. How these skaters “walk” on skates is beyond my comprehension but they really do amazing things on skates. 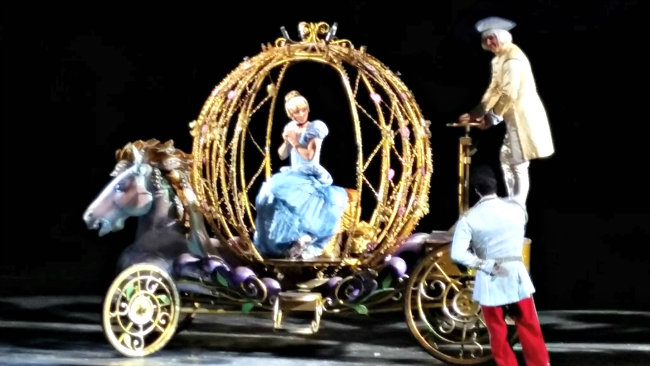 My favorite movie, The Little Mermaid, was represented well. You can’t have a Disney on Ice without Sebastian!

Beauty and the Beast was really a good time. The Beast did not make an appearance in our show and that is fine with me. He is not near as exciting as dancing silverware. Am I right?

Believe it or not, it gets better! This show was full of special effects. From fire going up in the air, to fire on the ice, we were wowed! The dragon was huge… like covering a large portion of the ice and was responsive to the backlights. That was neat all on its own, but then he spit out fire! Talk about surprising!

Tinker Bell guides you through the stories of Ariel, Belle, Cinderella, Rapunzel, Tiana, Jasmine, Aurora and Snow White as their wishes are being granted and their dreams come true. When I say she “guides you”, I mean that she comes out before each princess comes onto the ice and “sets the stage” for you. It was a fun addition to the show!

In the end, Johnny admits that it was a great show even though it was “girly”. The special effects and exciting skating moves made this show really fun for him. 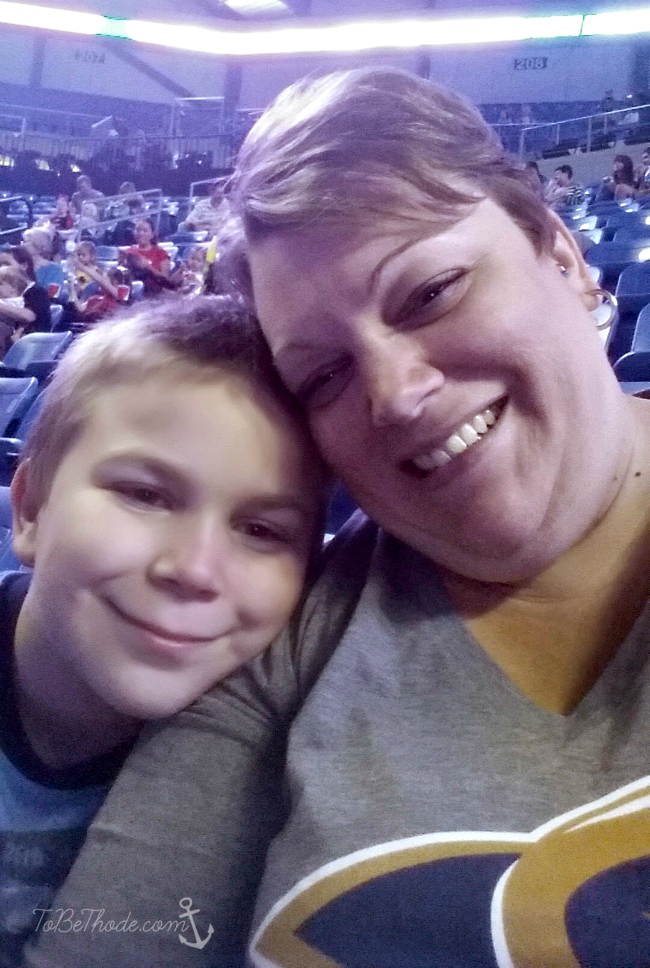 Oh, and the popcorn? It was as good as ever! There is something special about eating popcorn out of a Disney on Ice themed bag.

If this Disney on Ice: Princesses and Heroes makes it’s way to your town, I encourage you to go! To buy tickets by phone, call Ticketmaster at 800-745-3000. To discover more about Disney on Ice, go to www.disneyonice.com,

*Thank you to the sponsor for these passes. This family fun will be remembered by our children and myself for years to come! I do apologize for picture quality. It is dark in the arena!