One of the biggest hits last year for Christmas was the Flutterbye Fairy that we received. I really didn’t think that it could get much better than that, but they really have done it. There are more fairies, different toys, and even some light up options! We received the following toys for review. All thoughts and opinions are those of our family. 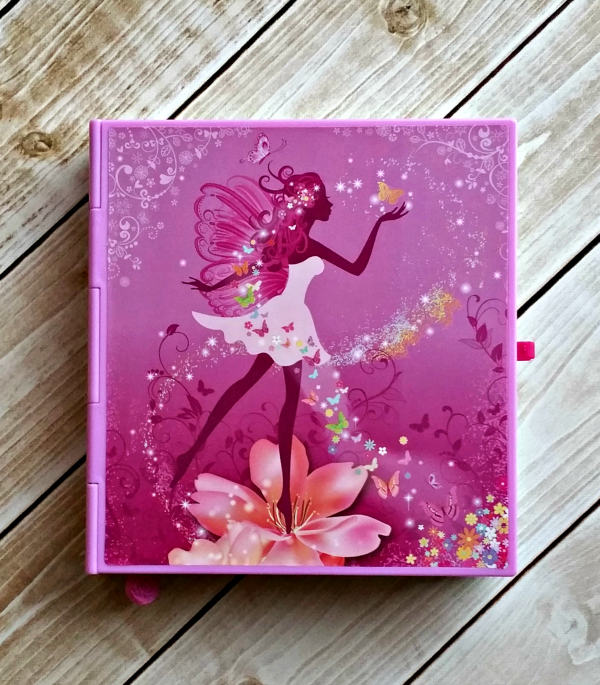 Joley loves to write now that she has learned all of her letters and is starting to read. When she saw that this was a diary, she was so excited. This is quite more than a diary though! You can open it up to see the paper, the pen is attached to the side. Once open, you will see the Flutterbye Fairy. 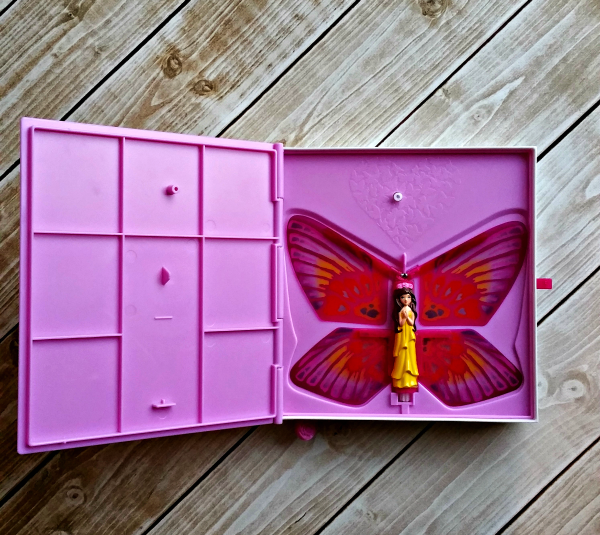 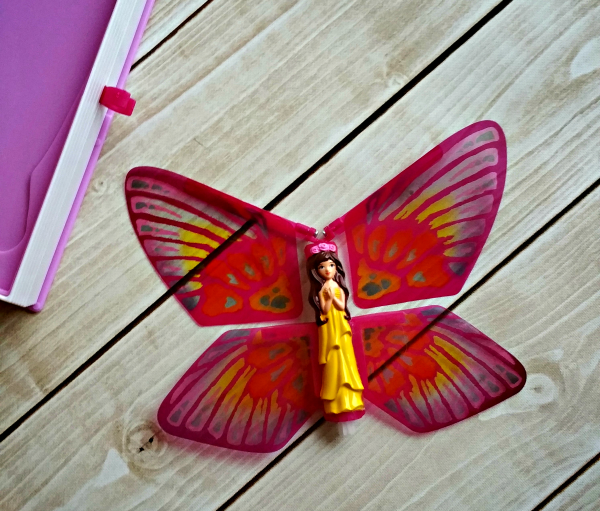 My girls have had SO much fun playing with the Surprise Butterfly Diary. She doesn’t fly far so this isn’t something you have to be concerned with using in the house. Joley loves to pull the tab and guess where she is going to fly. This is one toy that I would say has been played with more than I expected.

Now, I am going to say that I thought we may have a defective diary because I could not figure out where the butterfly pad of paper is. The directions are packaged with the paper so they weren’t helpful. So, let me clear that up for you. Turn the diary over and you will be looking at the back of it. Gently pull back on the back cover and you will be surprised by it opening up to reveal the paper! So cute.

The Flutterbye Surprise Butterfly Diary has a suggested retail price of  $14.99.

Similar to the Flutterbye Fairy we reviewed last year, we received a Deluxe Light Up Flutterbye Fairy this year. Joley was so excited to see her because she is “so pretty”. We instantly set her up to charge. 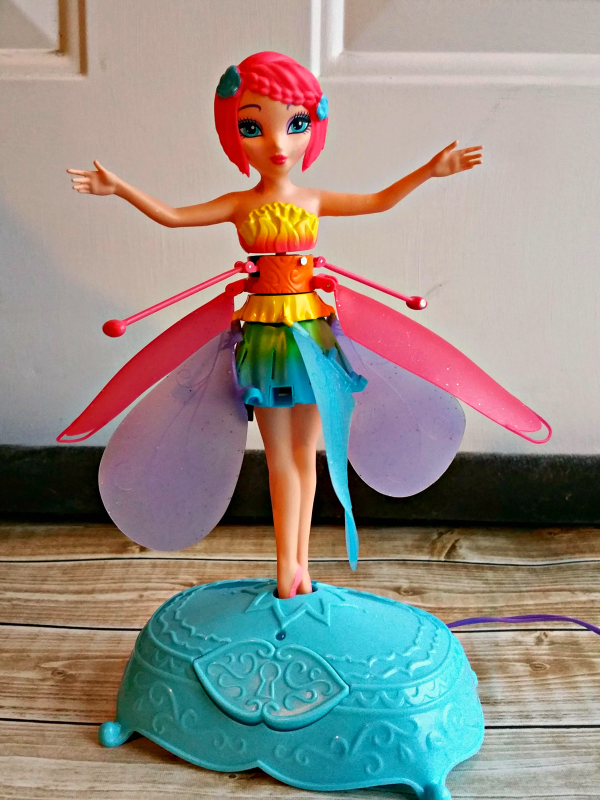 This Flutterbye Fairy really is pretty. We were anxiously awaiting her to charge so we could see her wings light up. This may have been the longest wait of our lives! (kidding but it seemed that way with Joley asking constantly if she is charged)

Our fairy didn’t make it very long last year so I am going to share a few things we have learned. Be careful of where you are flying your Flutterbye Fairy. She needs to be in an open space, away from fans and hanging lights. Once she touches something, she is going to nosedive. That nosedive may break her wings so be careful. Also, don’t let her hit the walls or the same can happen. You just need to be careful.

Something else I can say about the Flutterbye Fairy, they are SO MUCH FUN to play with. She will take off from the base once you press the button. Guide her movement as she floats just inches over the palm of your hand. If you raise your hand gently, she will fly higher. Lower your hand and she will follow your lead. Talk to kids about raising their hand too much because she really will fly up.

This Flutterbye Fairy specifically is beautiful because she lights up in rainbow colors as she flies. She is really a pretty toy that girls will adore.

The Deluxe Light Up Flutterbye Fairy has a suggested retail price of $39.99 (but you may find her cheaper).

Both of Flutterbye Fairy toys are worth every penny because of the smiles they bring. My girls both give them two thumbs up! See where to buy them now.