Disclosure: I participated in this program on behalf of The Fred Rogers Company and The Motherhood. All opinions are my own.

Daniel Tiger’s Neighborhood premiered on September 3, 2012 and showed 40 half-hour episodes in the first season. It is among the top 10 highest rated programs for preschoolers since its premiere and among the top 5 highest rated programs among moms since its premiere. Every half hour pair is focused on the strategy — one theme that will apply to a child’s everyday life. The Land of Make Believe is where the show took off. Finally, something else I didn’t fully grasp until yesterday’s conference call is that the characters have all gone off and had their own children: 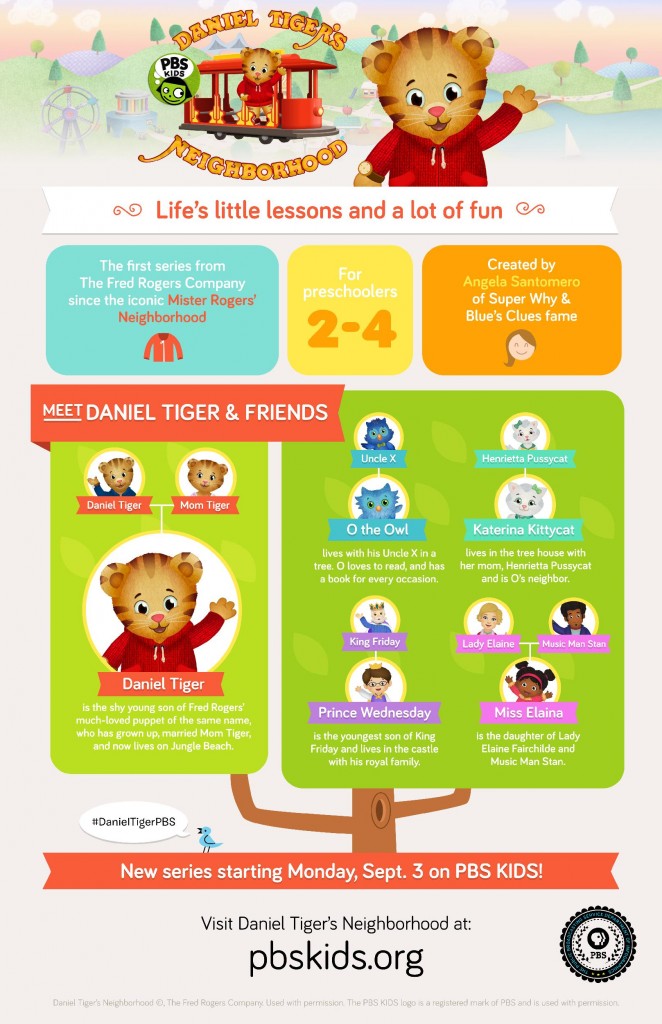 There are several upcoming episodes too! Before making each show, the producers will take the script in to a preschool audience of 2-4 year olds to make sure they understand and grasp the concepts and stories. Several new episodes to come, including Halloween- and Christmas-themed episodes as well as episodes about Daniel’s “big feelings”. Special episodes that have recently aired or are to come:

If you know one thing about me by now, you know that I love things that encourage my kids to be themselves. I want them to learn and be creative in a way that feels good to them. Something I love about Daniel Tiger’s Neighborhood is that it allows them to do just that. Every toy is made to inspire creativity and imagination and allow for open-ended play.

We were recently sent a DanielTiger Plush Doll and the Bungalow Adventure. Jemma loves to carry Daniel Tiger around. 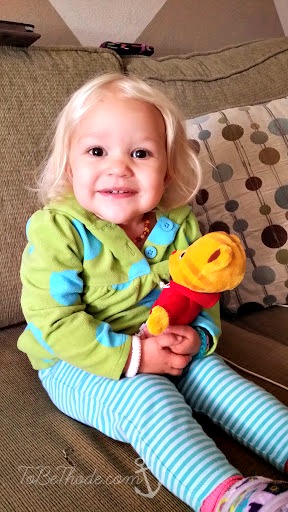 Both of my girls have had a lot of fun with the Bungalow Adventure. It is really a cool toy in that it is Daniel’s home but can easily be transformed into a “jungle” by flipping up the floor, turning the bed on its side, flipping the tree trunk, and turning over the rug. Just like the episode, Daniel can jump from pillow to pillow in his home or you can turn it into a make believe land in which is it a jungle scene. It is lots of fun! 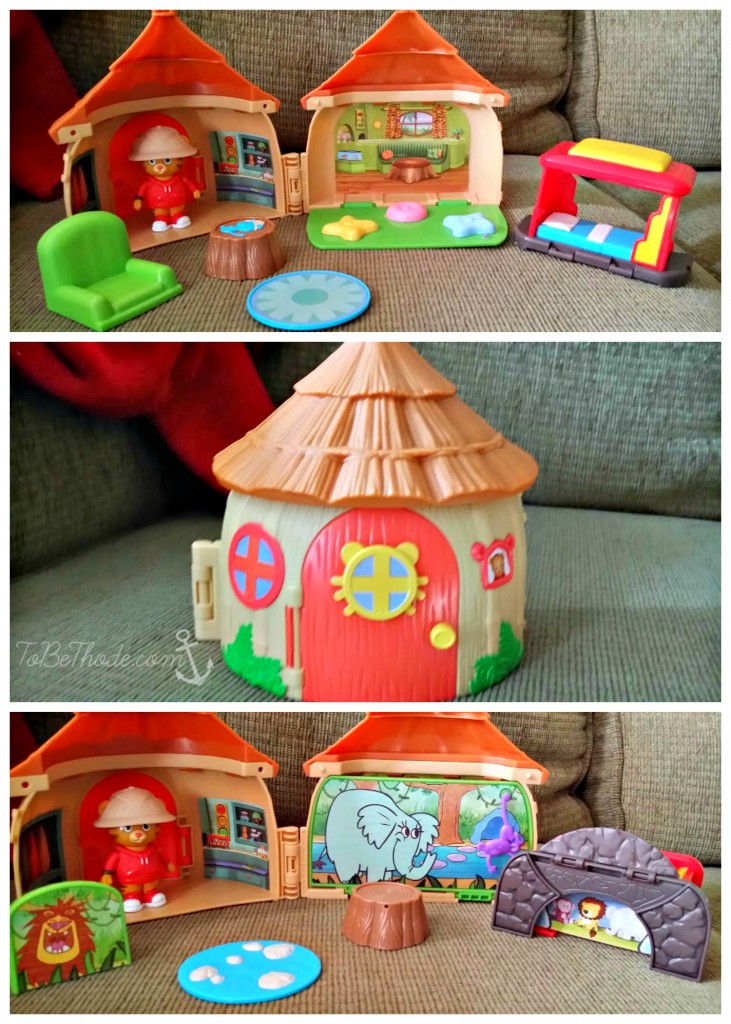 Do you have a kiddo that loves Daniel Tiger? Do you remember Mr. Roger’s Neighborhood like I do?