I have refrained from talking about what is happening in Ferguson, MO on my blog. Why? Well because I try to keep things light and friendly here. That said, I am going to try not to incite any anger but I feel the need to state what I am seeing. 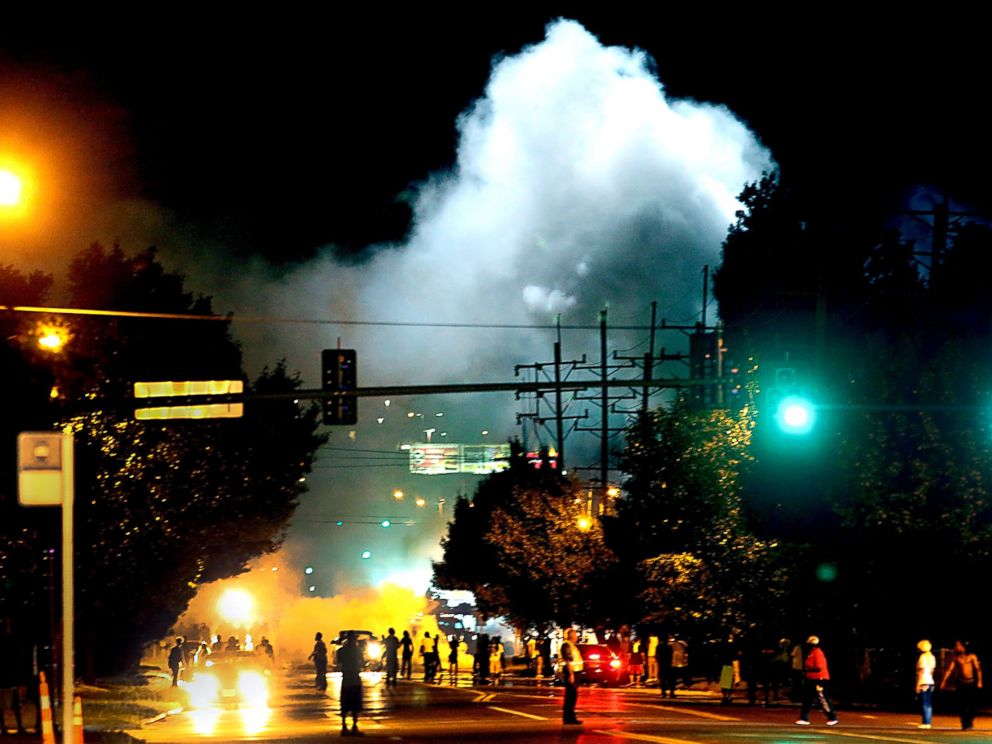 For those that aren’t aware, Ferguson is a suburb in St Louis County. It is where I worked as a teenager and spent a large amount of my time as my best friend lived there. I currently live about 25 minutes from Ferguson but St Louis is a community and I still feel a connection to a place I spent so much of my teen years at.  What has happened in Ferguson is so disheartening on so many levels.

A young man, Mike Brown, was unarmed and killed by a police officer. This horrific event has many stories around it but there is one thing that can not be denied… he was unarmed, shot by a police officer, and the officer used an excessive amount of ammunition. Was there an altercation? How many times was he shot? Is Mike Brown completely innocent or did he do something to provoke the police? None of that matters. It just doesn’t. No matter how you look at the events of that day, the police officer used excessive force and a young man died because of it. 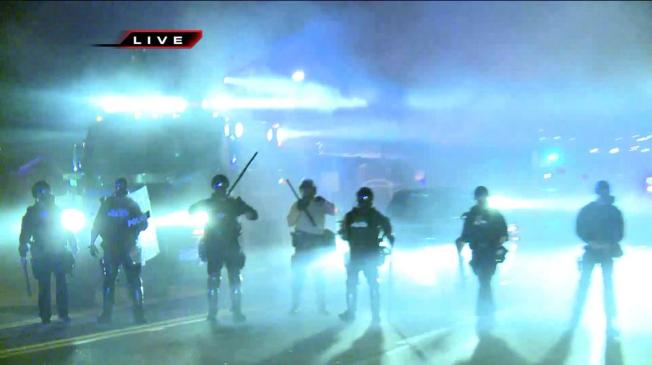 This young man was black. Why do I bring that up? Well because it has become an issue in Ferguson but this issue is not one that is new or just coming about. For years, Ferguson has been an area of unrest. There were times as a teen that I would see violence in the area and police getting involved. It happened then and it happens now. The difference is that now the citizens of Ferguson are fighting back.

What started off as a peaceful gathering to show respect for Mike Brown turned into a night of fires (in a dumpster and a QT), looting of around 12 or 13 stores, and violence. Is it the fault of the police that this occurred? Is it just citizens taking advantage of the situation?  Yes to both in my opinion. The police decided to push the crowds back but, at least in my opinion, this behavior was already set in motion when Mike Brown was gunned down and left on the street for hours in view of his friends and neighbors. There were some that were there for the fun of getting what they want without paying. It was sad to see so many small, local businesses get smashed and emptied out. Many of those that were there weren’t even citizens of Ferguson; they were there to take advantage of the situation.

Since Sunday night, protesters have gathered at various places in Ferguson. Some are standing on the side of the road and holding signs. Cars drive past and honk their horns. Those are the peaceful protesters. But, what you are seeing now is that there are protesters on the streets and the police are fighting back. Here is where it gets tricky…

The police are in riot gear, with armored vehicles, and have guns aimed on the citizens. This is excessive. There is no way around that. It is unnecessary and, I think, meant to incite fear. What it is doing though is pissing the citizens off. But, there are two sides to this and this is what I am not seeing many people talk about. Everyone seems to have something to say but no one seems to be able to see both sides of this situation… good and bad. The citizens of Ferguson that are gathering on the street are sometimes going toe to toe with the police. They are throwing bricks, bottles, and chanting “kill the cops”. I don’t call that peaceful. You can hide behind your freedom of speech all you want… you don’t have the right to threaten either physically or verbally. That is what is happening and the police are breaking it up. 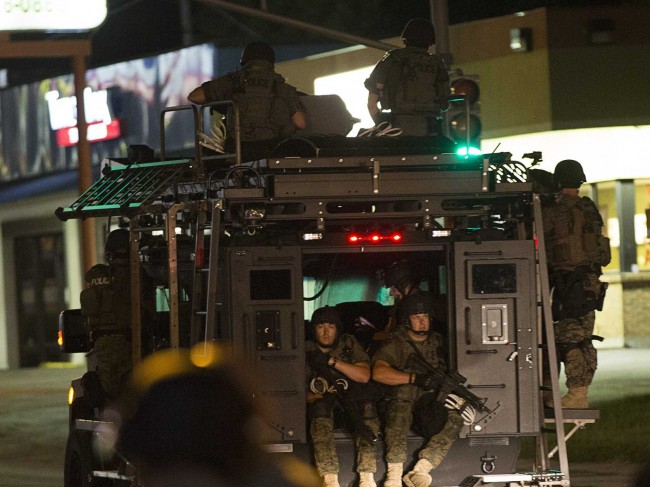 Back to the police. I do believe they have the right to be in Ferguson. I think to have some control over the situation is needed after what happened on Sunday. No one wants to see more destruction in the city. What I don’t think is okay is the amount of force the police are using. They are throwing tear gas into crowds, shooting rubber bullets, and arresting people with force. Should they do something if people are out of line and causing problems? Yes. Should it be like this? No. This is an extreme response to what is happening.

The citizens of Ferguson are upset. They are mad and they want justice… for Mike Brown and for the injustice that they are feeling and seeing in their community. This is not the first person to be killed by the police and it won’t be the last. But, the uncertainty that is being portrayed by the police and officials is difficult to swallow. It seems there are so many unknowns and the citizens want answers. They want to feel safe in their community. They want to know that police are on their side and not going to gun them down as they feel the officer did with Mike Brown. The government won’t answer questions and everything seems to be up in the air. 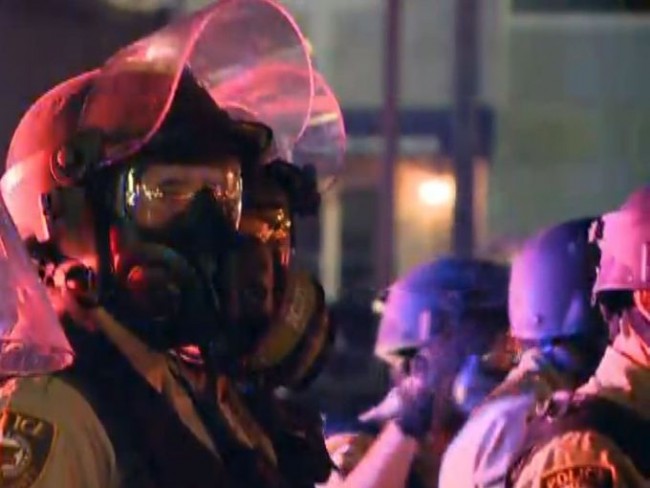 What I feel is happening wrong is this… stop going and yelling at police. Stop getting in the streets and stopping traffic. Don’t chant that you want to “kill the cops”. That is, like I said, not a peaceful protest. Those that are standing on the side of the road with signs are doing it right. If every person that stands in the crowd would stand down West Florissant Rd, hands raised, it would be a much better sign of solidarity and peace than what is happening. Will that happen? I don’t think so and that is at the fault of police. They have gone into Ferguson and treated it like a war zone. They are showing such a strong force that the citizens likely feel more threatened than understood.

Both sides are right in this… and both sides are wrong. My fear is that this fight will not be over for a long, long time. The Ferguson I know is never going to be the same. The senseless killing of a young man changed everything in a matter of minutes. He deserves justice. The citizens of Ferguson deserve peace. 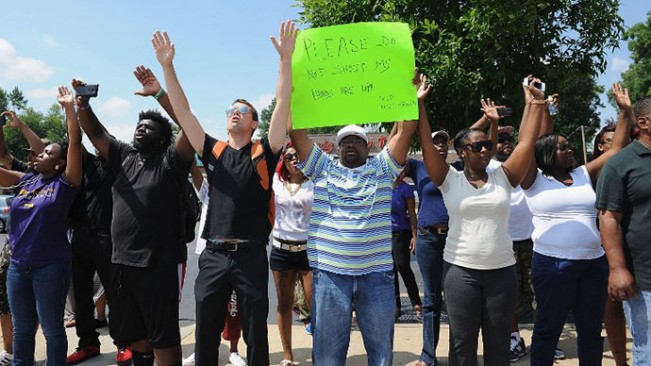 I pray that some good will eventually come out of all of this. Maybe police will be required to wear cameras so these questionable stories will be a thing of the past. Who knows what really will come in the future but I hope and pray that those in Ferguson (and anyone that can relate to this situation in some way) can some day feel peace again. I don’t think the police should be afraid to do their job but the line has to be in place and it should never be crossed. Being a police officer means to serve and protect… if that is not what is happening in Ferguson today or in the future, nothing will ever get better.

Please pray for those that are feeling the despair, unrest, and injustice of this situation especially. As someone who knows the area and loved being there in the past, I can only hope that it will some day be what I remember… a great place to raise a family… not a place that tear gas and rubber bullets make a nightly appearance. From what I am seeing tonight, there is more peace in Ferguson and the police presence is minimal. This is such a great step in the right direction and I can only pray it leads to many more like it.