The reviewer has been compensated in the form of a Best Buy Gift Card and/or received the product/service at a reduced price or for free. 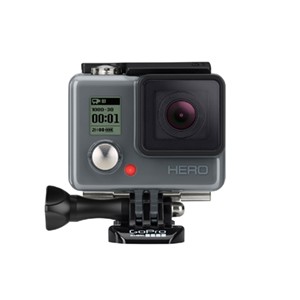 My husband and I recently were able to walk around Best Buy without my older children (they were in school). I was looking around for some gift ideas for my son Johnny, who loves all things tech and gadget. I mentioned to my husband that I would like to get him a video camera as my son likes to take videos of himself and his sisters. I thought it would be a great gift idea for him!

As we were walking around, there were a number of cameras and camcorders to look at so I was taking some mental notes. It wasn’t until I ran into the GoPro camera display that I realized just what my son would love. Best Buy had a good selection of GoPro cameras but also a bunch of accessories to go with them. 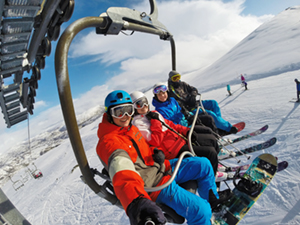 Johnny loves to ride on his scooter and do stunts. He would love to have a GoPro to take videos of himself and his sisters doing simple things for sure. But, he would love to have one to video himself on his scooter or running around. I have seen some really neat GoPro videos where the user has them on a  motorcycle, when they are on a roller coaster, or doing sports like skiing. While my son is not ready to do any of that, I love that GoPro would work for his needs now and later.

One thing that I liked especially is that it can be used even in water (with proper accessory). That would be so much fun when we go to the lake and on the boat! But, it would be a blast for those that go to water parks or like to tube behind a boat! 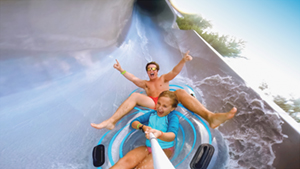 If you are new to this fun camera, let me tell you a bit about a few.

The GoPro HERO4 Silver is the first-ever GoPro to feature a built-in touch display. You can control the camera, play back footage, and adjust settings with the tap and swipe screen. With 1080p60 and 720p120 video, and 12MP photos at a staggering 30 frames per second, HERO4 Silver combines powerful, pro-quality capture with the convenience of a touch display.

As you can see, there are a number of GoPro cameras to purchase. I encourage you to head to Best Buy and see the cameras and accessories available. Whether you have a child, teen, gadget enthusiast, or simply someone who wants to take fun family photos or videos, the GoPro cameras will be a perfect gift for them this holiday season! Learn more at www.bestbuy.com/GoPro or visit your local Best Buy to check out the latest cameras in person.