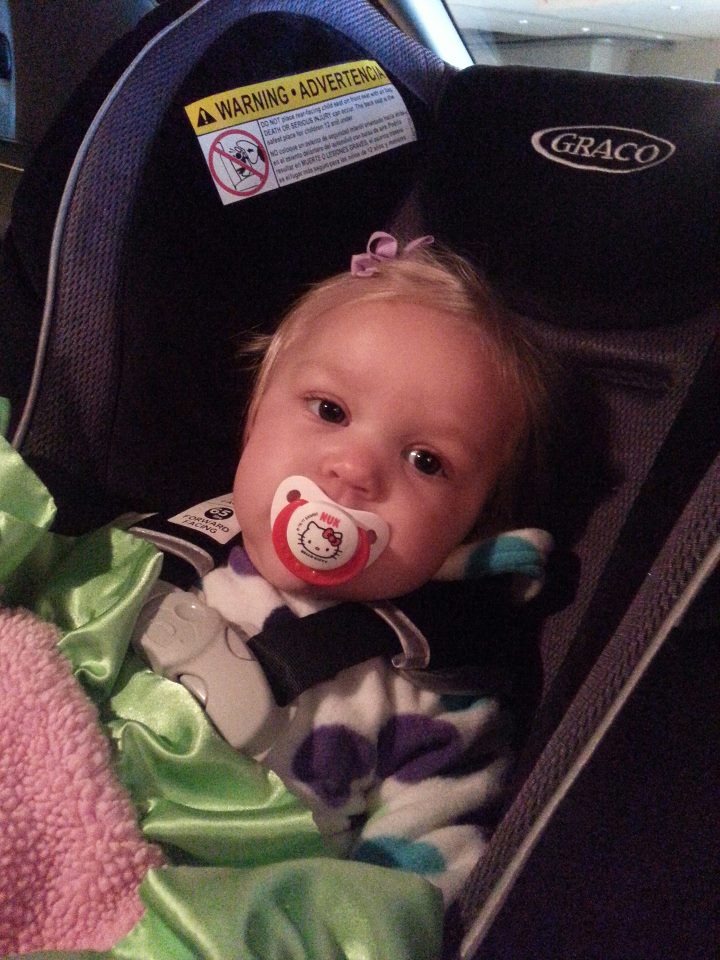 Last Friday (yes, it has been a week and I’m sorry!) we were given the best news… Jemma could go home!  After 32 days, we were on our way out of the hospital!!!  We had a large amount of prep work to get through including her PICC line being removed, a few trips to the pharmacy, some convincing on my part that I could handle the wean schedule, and lots of bandage removals.  But, we were finally set free and it felt good.  Just walking through the hospital with my baby in my arms knowing we were leaving was a great feeling.  She didn’t quite know what to think of being in her car seat again but she was sleeping within minutes of our leaving. 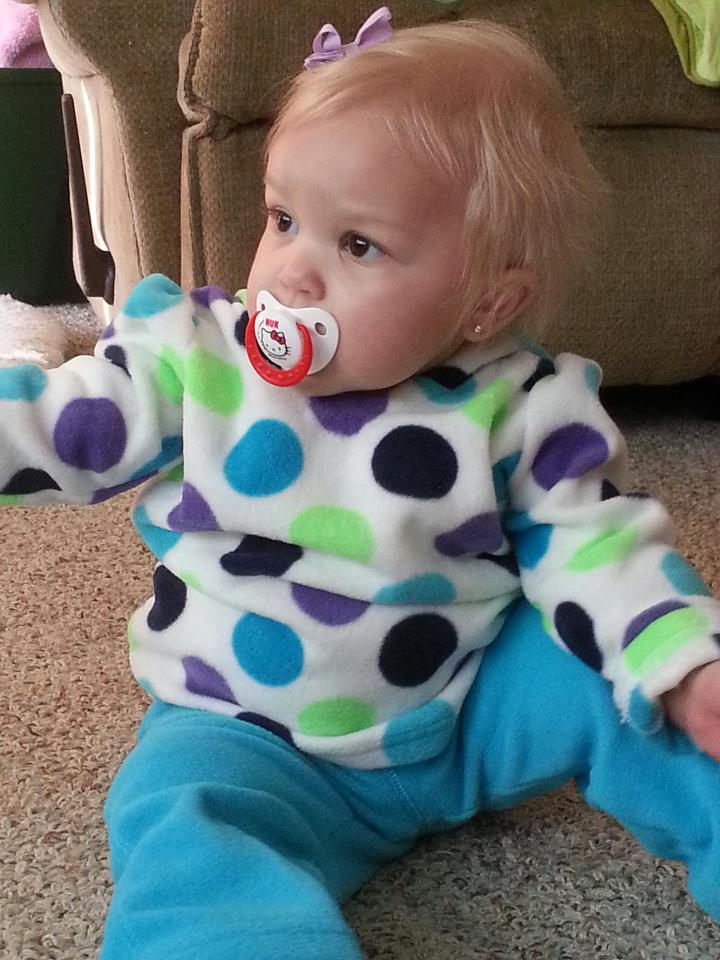 I kept telling the doctors that she would be a different child once we were home.  They were worried about her not moving around and being so stationary.  I told them she wasn’t comfortable there and I believed once we were home, she would be more active.  I was right.  Immediately upon getting home, she was sitting up and trying to get to the dogs.  The dogs were super happy to see her too!  It was so wonderful to be back in our own environment.

Something else Jemma did really quickly was start to crawl… 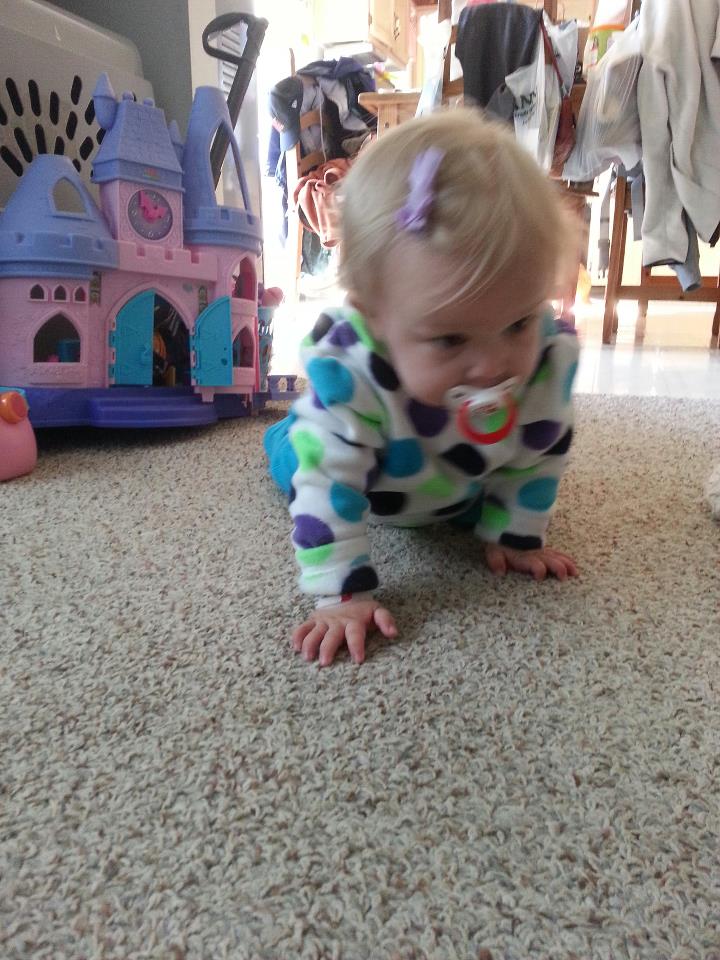 (Ignore all the stuff in the background… I just set everything down when we walked in and spent some time on the floor with Jemma.)  She was moving that very same day.  I am so proud of my baby girl.

Since last week, Jemma has taken even greater strides to recovery.  She started by walking behind push toys and has progressed to now being able to walk on her own, pull herself up, and is slowly getting back to herself.  The only thing she can’t do at this time is to go from sitting to walking without pulling up on something.  She is still on antibiotics (which she fights tooth and nail) for 3 more days and has 12 days left of her wean.  I am up around-the-clock giving her medicine and I am so exhausted… but it is worth it to be home!  It really is a full-time job taking care of her right now and, for that reason, I have dropped my full-time status at my job.  Physical therapy should start next week and she has some other appointments scheduled over the next few months.  My baby has to come first and everything else will work itself out.

She had a doctor’s appointment yesterday and she is doing “amazing”.  That is the word most often used for her and her recovery… amazing.  I have to say that I agree.  She truly is an amazing little girl.

Thank you for all the prayers for Jemma and my family.  I appreciate them more than you know.