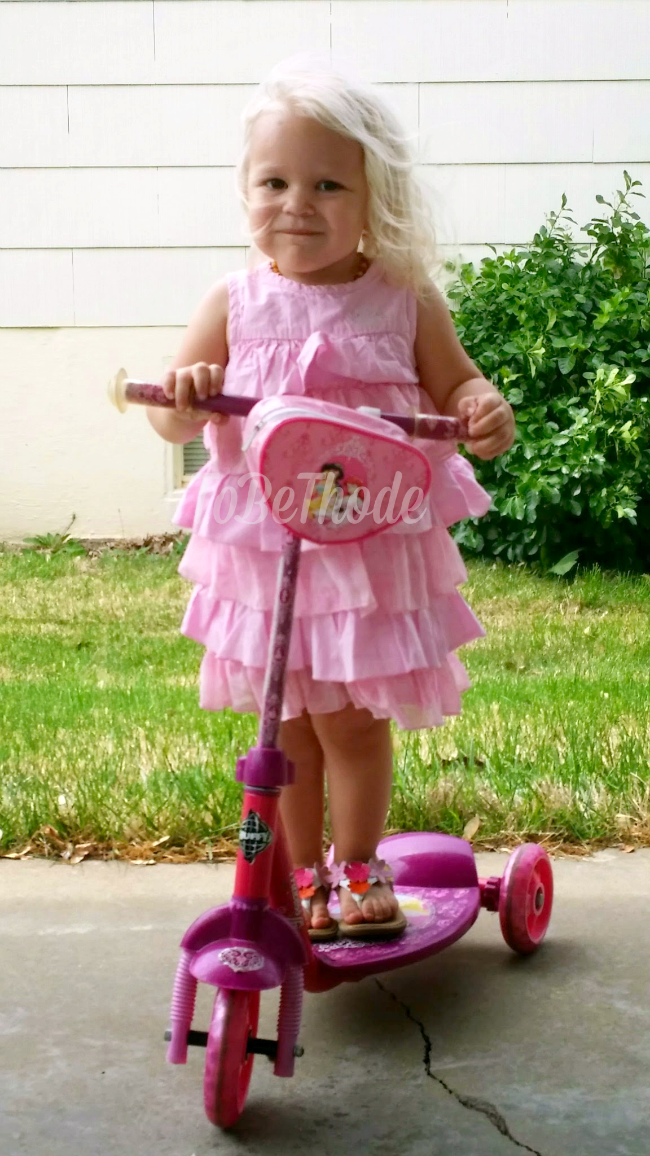 It has been a long time since I have given you a Jemma update, which really is a good thing. She has been doing so great health-wise. Her asthma has not been bad this summer and she has not shown any major immune problems. It has been great seeing her be “normal” after everything she went through.

She is getting so big too! This little baby is no longer such a baby.

In the beginning of April, we took down Joley’s toddler bed (crib converted) and gave it to someone who needed it. We got some bunk beds from our neighbor who didn’t want them any longer. Joley was put on the top and Jemma on the bottom. For about a week, I had to lay in bed with Jemma until she fell asleep (and I often fell asleep too). She wouldn’t stay in bed without me being there. After spending every night in my bed, I was expecting that though so it was fine. The second week was a little easier. I was still doing her oil routine and she would lay down on her own. She would often wake up but went back to sleep if I went in with her for awhile. For the past few weeks though, she has been going to bed on her own and sleeping without any problems. While I love having my bed back, I also admit to missing her little body sleeping next to me and snuggling with me at times.

The other thing that is new is that Jemma no longer uses her pacifier. Last week we couldn’t find her nighttime “boppy”. She has only been using them at bedtime for a few months but this time we just couldn’t find the one she had in her room. I had more but chose to see if she would go to bed without it. She did and has not asked for it again.

Finally, Jemma has started showing some interest in potty training. I am of the belief that you don’t push kids to do this. If you do, they won’t take to it as easily. I bought a toilet seat for her (the kind that goes on our toilet) and just let it hang on the side of the toilet. I wasn’t pushing and just kind of let it go for a few days. One day she told me she wanted to potty on it. She did. That same day she went 3 times. The next day was twice. She took a break and hasn’t been going on it, which is fine! Today she went once. I think she is going to do this earlier than both the other kids.

No boppy, potty training, and no co-sleeping! I told you she was getting big! I have had a few moments of “oh no! My baby is growing up”. I am not sure if that is a good thing or not for my mental health. Diapers is the end of baby products! I want her to do all the things she wants to do but it is so hard watching kids grow up.