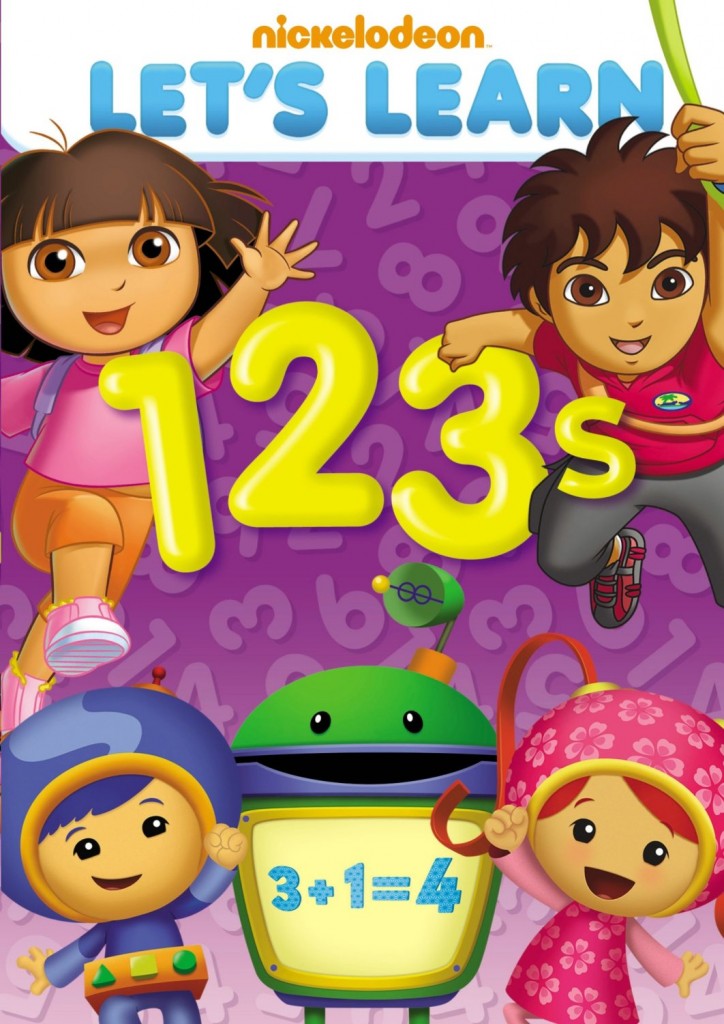 Enter DVDs.  Joley still thinks Dora is pretty cool.  So, when Dora wants to teach you how to count and say your ABCs it is much more fun than mom doing it.  Let’s Learn: 123s and Let’s Learn: ABCs make learning those basic skills fun again!

LET’S LEARN: 123s
Kids can count on Nick Jr. friends to make learning math as easy as 1, 2, 3 in these five play dates! Count comets with Team Umizoomi, journey through school with Dora, figure out Blue’s favorite number, plus more!

Team Umizoomi: Counting Comet
When a friendly comet crashes to Earth, the only thing that can bring him home is the Umi City Rocket Ship. Team Umizoomi must help their new friend reach the launch pad before the rocket blasts off.

Team Umizoomi: Super Soap!
While working on an art project, the Team’s friend Silly Bear ends up covered in glue and everything he touches sticks to him! Team Umizoomi must deliver the one thing that can help Silly Bear out of this sticky situation – Super Soap.

Blue’s Clues: Numbers Everywhere!
We help out to find missing numbers by using counting to figure out where they’re hiding. We also skiddoo into a book filled with numbers. There, we help out a couple of different numbers to tell a story and learn addition and subtraction in the process.

Go, Diego, Go!: Three Little Condors
Diego and Alicia have been nursing three baby condors, but now it is time for them to get their own home! The condors are thrilled that they are being adopted, and they get a new mommy and daddy. But there is a problem, condors cannot fly at night. So the condors and Diego must hurry and get them home before nightfall.

Wonder Pets: Save the Old White Mouse (A/B)
The wonder pets must save the old white mouse that is stuck in a cuckoo clock in Linny’s grandmother nursing home. 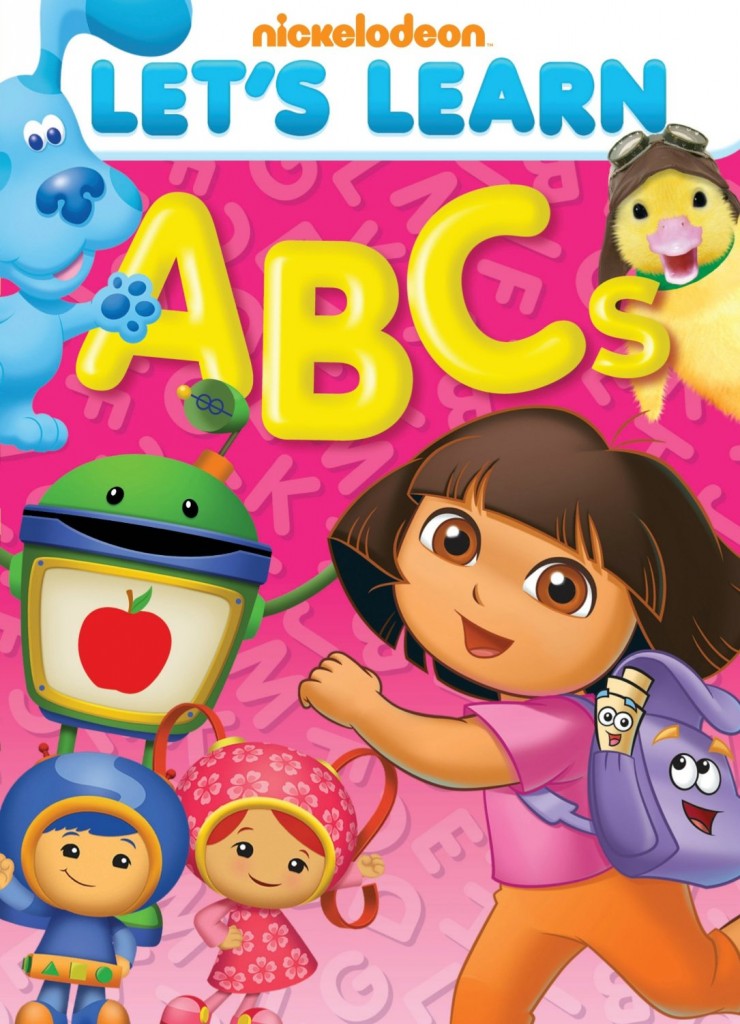 LET’S LEARN: ABCs
A is for “awesome” in these five ABC play dates from Nick Jr.! Kids learn about letters and reading as they visit libraries with Team Umizoomi and Diego, help Dora save ABC animals, and jump into classic stories with Blue’s Clues and the Wonder Pets!

Team Umizoomi: To The Library
A girl calls for Team Umizoomi to get a book from the library called “Good night Polka-Dot Pirate” as it is up to the team to check the book out and take it to the girl.

Dora The Explorer: ABC Animals
Dora and Boots are with the Giant ABC Book. When the book opened, the Armadillo came out asking for help. According to Armadillo, all of his animal friends inside the Giant ABC Book are missing and now he is all alone. Dora and Boots helps Armadillo find all of his animal friends by going through The Elevator at E, through The Slippery Slide at S and to Z.

Blue’s Clues: Blue’s ABC’s
By reading off a grocery list, we help Mr. Salt and Mr. Pepper do their grocery shopping in order to feed a hungry Paprika. Later, we skidoo into a storybook and determine the correct order of words to make complete sentences through visual and contextual clues.

Go, Diego, Go!: Linda the Librarian
Alicia is opening a new library and it’s up to Linda the Llama and Diego to bring her the new books.

Ni Hao, Kai-Lan: Kai-Lan’s Big Play
Kai-Lan and her friends are putting on a play based on the Chinese folktale about the Monkey King. When Rintoo gets the part that Hoho wanted, Hoho quits the play and it’s up to the viewer to help Kai-Lan figure out what to do.

Wonder Pets: Save the Itsy Bitsy Spider
The Wonder Pets go under the ground to visit Ollie. Then the Wonder Pets help the distraught spider that keeps being flushed down the waterspout in a painting.

Joley has been watching both of these DVDs for a few weeks.  I think they may have shown up while we were in the hospital but she asked to watch them as soon as we were home.  I think they are fun and, honestly, anything that is family-friendly and helps her learn, I am good with.  Jemma has even started to become more interested in these DVDs!

You can purchase the DVDs now.  SRP is $14.99.  You can get them wherever DVDs are sold.  Be sure to grab them for a special kiddo in your life!

Disclosure:  We received the DVDs mentioned for the purpose of review.  All thoughts and opinions are my own.