I am not a sports writer but I am a huge fan of the St. Louis Cardinals. Growing up in St. Louis and living in the area make it near impossible to not be a fan! If you know St. Louis, you know that we are huge sports fans! I was recently talking to my friend who did not grow up in this area (or state) and she was commenting how “crazy” St Louis fans are about their team. Well, I have to agree. We love our teams! 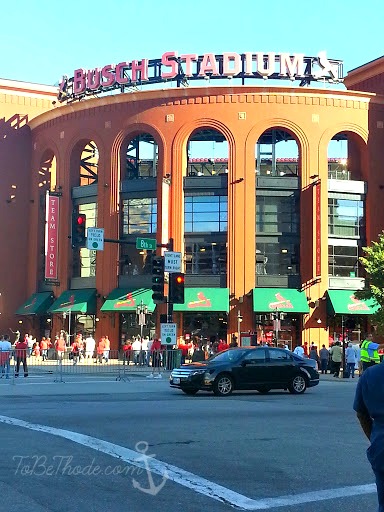 The Cardinals are now in the playoffs and it got me thinking about the games I was so lucky to get to go to this year. I say lucky because it can be pricey to get to these games, especially with kids. Two of the three games I attended this year were sponsored so I consider that a huge blessing.

The first game I went to was with my husband and kids.  We got tickets to the Social Media night at the ballpark. It was really neat to see a few of the players up close before the game and listen to the Q&A with the fans. 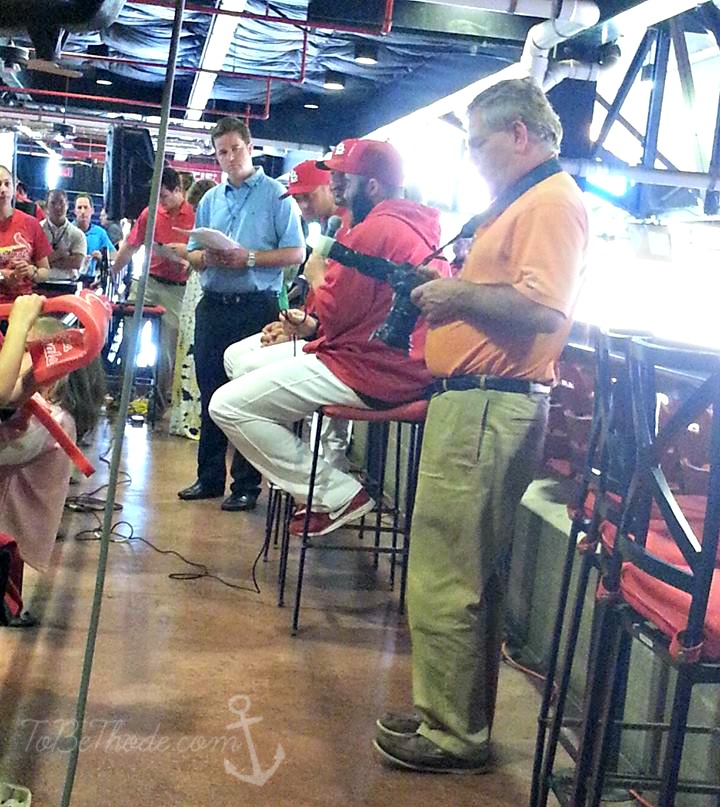 This game was very long. It went 14 innings I think (the kids were worn out so I may have missed one there at the end). This was our view at the beginning. 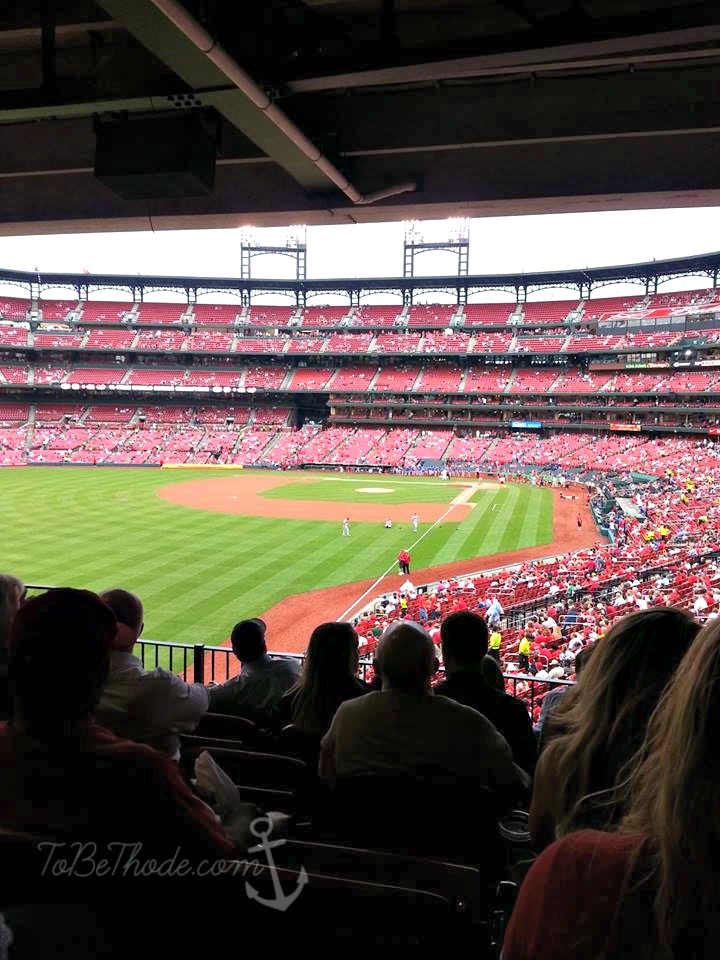 As the game went on (and on) and people left, they let fans move down. These were our seats for the last few innings. That was neat! 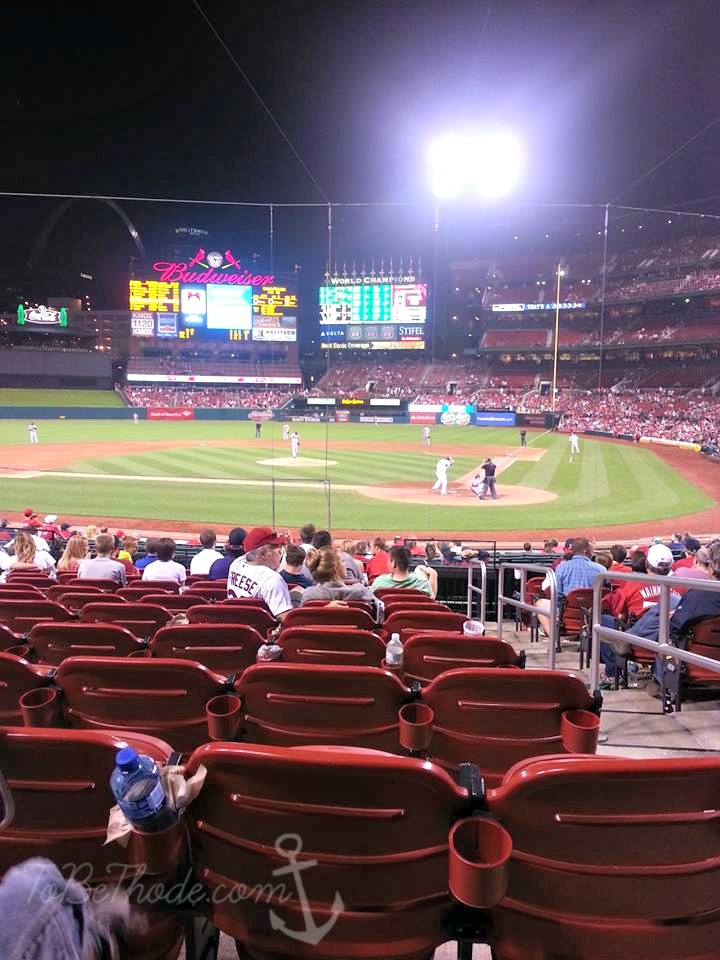 The second game I went to was for Pooches in the Ballpark. I was there with my dad and was a guest of Purina. I was on Twitter and Facebook all night and it was so much fun! If you know me at all, you know that being around animals makes me happy. But, hanging with my dad, being around dogs, and being at a Cardinals game?!? The BEST! 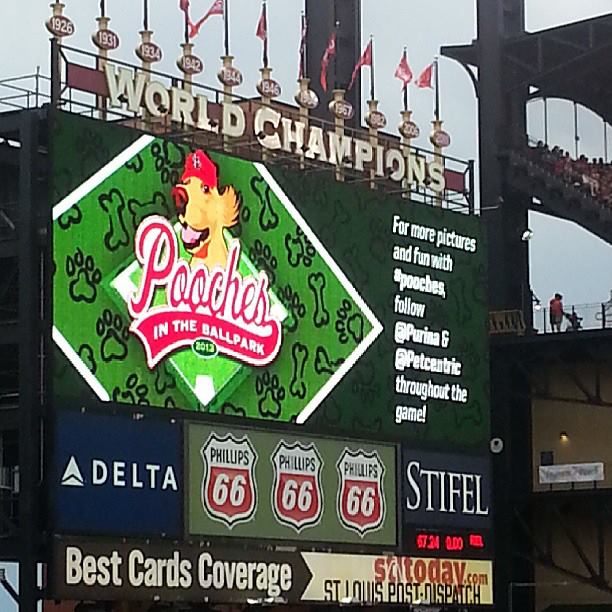 There were dogs all over the place around us. This is the one game a year that you can bring your pet with you. Tickets sold out in just a few hours for this awesome event.  It was great… food, friends, and the Redbirds! Seeing all the dogs and the activities they did with them was great too. 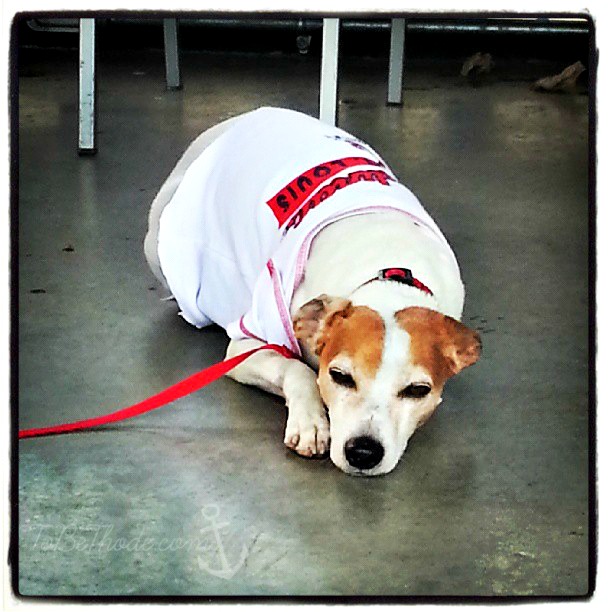 One last thing that made this event great for me? I got to see one of my favorite people… a PR friend. 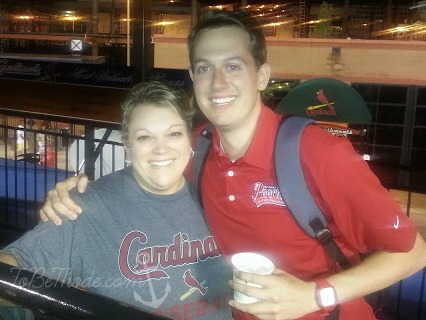 The last game I went to was just recently when I got to meet a Kerry, a very nice man from Ocean Properties, Ltd. and talk about some vacation property in Florida (more on that at a future date). Besides being blown away by all the amazing properties I was looking at pictures of, I was having a blast talking to other bloggers and Kerry. I will admit to seeing very little of this game. The seats were amazing. They were the best ones we have had but I spent the majority of the time inside with the kids. It was worth it though. They had a blast!

This was our box seat inside area. The kids were already eating. I was likely already with a beer in hand. haha 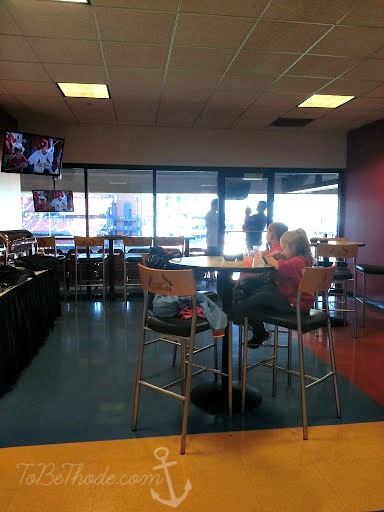 There was an incredibly nice woman who worked there that was a retired school teacher. She spent a lot of time with my kids (and Melissa from Sippy Cup Mom’s son). They colored and she helped them come up with stories and designs. She was truly amazing with the kids. 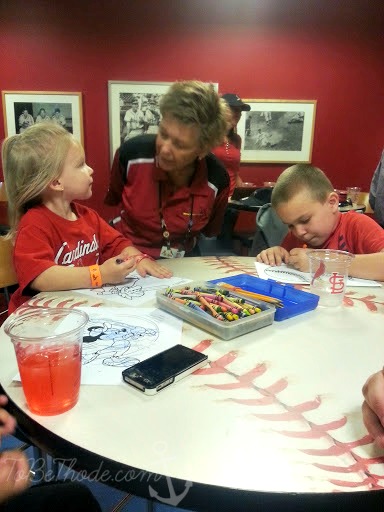 So you see, I have been to a few games. I have cheered on my favorite baseball team, the St. Louis Cardinals. I hope they can go all the way to the World Series and believe they can! I won’t be going to any of the rest of the games but I will be cheering from home.

There is so much to love about this wonderful city and I really do love St Louis! Let’s go Cards! 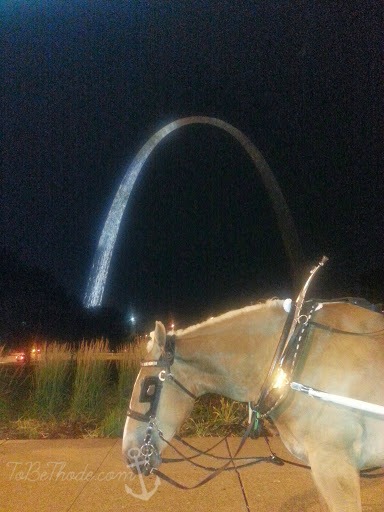