Disclosure:  We received the DVD mentioned for the purpose of review. All thoughts and opinions are my own. 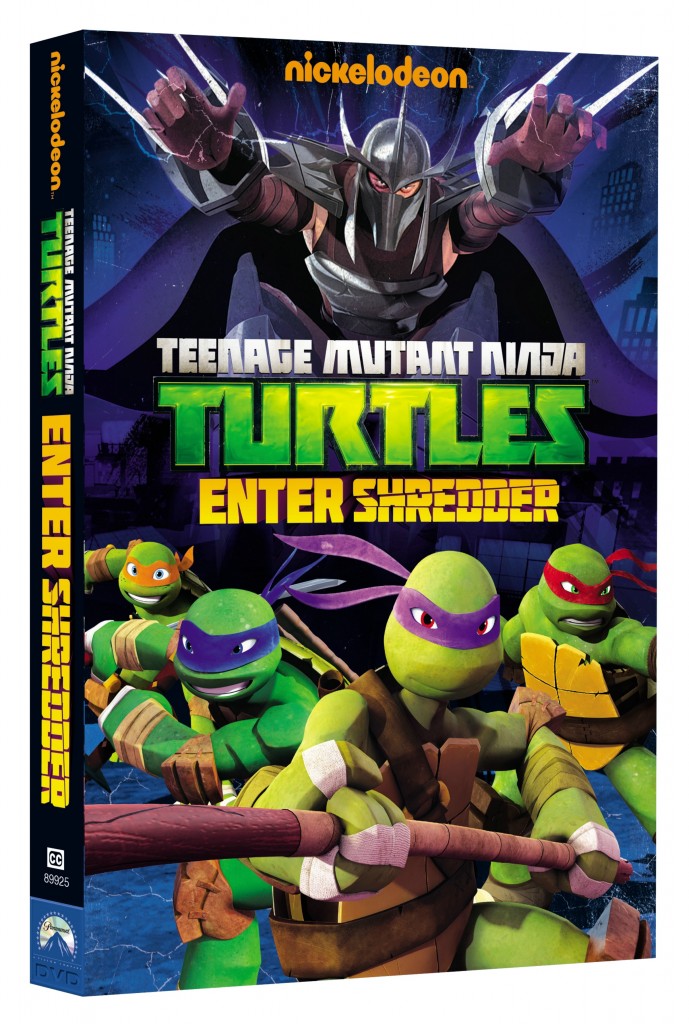 I mentioned in my last post that Johnny recently lost his DVD-watching privileges. The reason for that was because he lost this DVD I am reviewing for you today.  He watched it over and over and ended up leaving it somewhere. Thankfully, he did find this DVD (I have no idea where) because he was devastated about losing it. We’ve sat down together to watch this one because I remember the TMNT from when I was younger and loved them then. Not much has changed except they look better and the drama is larger.

Here is what you will find in the Teenage Mutant Ninja Turtles: Enter Shredder DVD.

Never Say Xever
Leo fears his act of mercy has come back to haunt him when Xever holds a local noodle shop owner hostage.

The Gauntlet
After April receives a warning from her imprisoned father, she and the Turtles embark on a mission to save him and stop the Kraang from detonating a mutagen bomb in the city.

Mojo Rising – Panic in the Sewers
The Turtles must defend their home in the sewers when Bradford tries to destroy it with a dangerous chemical.

Mouserthon – Mousers Attack!
Multiple threats force the Turtles to split into two groups. Donnie and Mikey must prove that their “B Team” is just as valuable as Leo and Raph’s “A Team.”

Leatherhead – It Came From The Depths
Michelangelo befriends an unstable mutant alligator that possesses a strange piece of Kraang technology.  Can he be trusted?

When I asked Johnny what his favorite part was on this DVD, he told me it is a certain episode. After looking, he said it was the New Girl in Town episode. I refrained from teasing him about it being about a female ninja! ha! He said that it is a great episode and it is his favorite to watch.

You can get this DVD wherever DVDs are sold right now for the SRP of $14.99. Be sure to grab it for the TMNT fan in your household!

If you are in the US, enter to win your very own copy below!