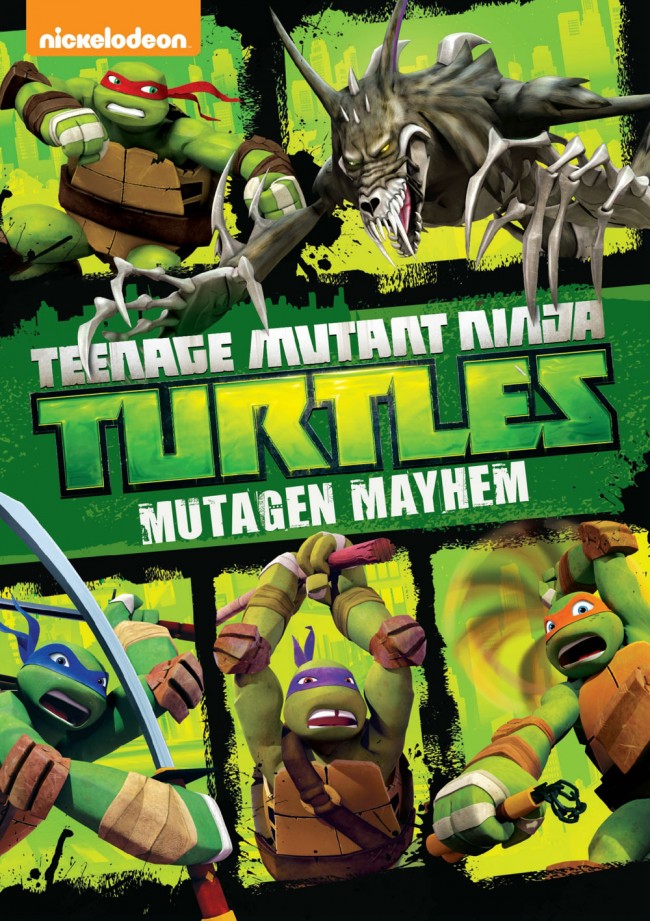 Here is what you will find on the new DVD that comes out on March 11th!

The Mutation Situation
When Shredder teams with the Kraang to receive a batch of mutagen, the Turtles’ problems only get worse—even putting their friendship with April at stake.

Follow the Leader
When the Turtles face Shredder’s newest threat, an army of Robot Foot Soldiers, Karai captures Leonardo and forces him to do battle with these new and improved ninjas that can adapt to his every move.

Invasion of the Squirrelanoids
While tracking mutagen, the Turtles bring a mutated squirrel back to the lair. When it starts multiplying, the Turtles must hunt the squirrel mutants and prevent them escaping into the city.

Mutagen Man Unleashed
Donatello obsessively experiments with mutagen in a bid to find a cure for April’s mutated father. Unfortunately this puts April in danger from a new threat—Mutagen Man!

Mikey Gets Shellacne
Michelangelo is tired of being the “runt of the litter.”  But when he fools around with some mutagen, he gets a dangerous infection that is mutating out of control.

Target: April O’Neil
April tries to resume a normal teenage life, but when Karai starts hunting her again, April realizes she may have put her new friend Casey Jones in danger as well.

You can get your own copy of Teenage Mutant Ninja Turtles: Mutagen Mayhem by entering below! You can find it in stores on March 11th for the SRP of $14.99.