Disclosure:  I received a copy of the book mentioned in exchange for the post below.  Information obtained from author or representative. 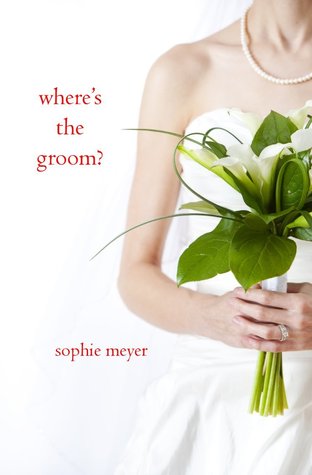 The Workshop, which was completely full, was being held downtown, in the middle of Santa Monica, at the Grand Marriott Hotel. It was scheduled to start at nine o’clock sharp Saturday morning and going until Sunday at five p.m. Ray was thrilled that Ashley had come to her senses and changed her mind so fast. By the middle of the week, there wasn’t a seat in the house left to be had.

Saturday arrived and Ashley took a deep breath as she got ready. She pulled on a pair of old jeans, her favorite burgundy T shirt and threw a short navy sweater over her shoulders. Then she grabbed an oversized, slouchy grey bag, stuffed with makeup, pens, tissues and her ipad. This had to be the craziest thing she’d ever done, but it was the shock of Shane’s engagement that made her agree. All week long Ashley debated with herself about going, but Ray was so happy and excited to have her coming along that she didn’t have the heart to change her mind. I’ll go as a spectator, she told herself, who says I actually have to join in?

When Jessica called mid-week, asking what Ashley was doing that week-end, Ashley covered up her plans quickly.

“A long, work week-end,” Ashley said without pausing. “I’ll probably be in the office both days.”

Ashley thought about her conversation with Jessica as she left to meet Ray in the hotel lobby. She imagined how Jessica or her family would respond if they knew where Ashley was really going.  Everyone would all think Ashley had lost her mind, fallen off the edge of a cliff, completely forgotten who she truly was. Every single one of them was expecting Ashley to find someone wonderful at the drop of a hat, couldn’t understand why it hadn’t happened already. They were all waiting for her to come and join the inner circle of those who were married, engaged, or even expecting. Ashley wasn’t sure at exactly what moment being single had become such a liability. Suddenly people looked at you differently, you turned into an outcast.

Ashley hailed a cab and got to the hotel in no time.  To her delight and surprise Ray was standing out in front, waiting for her.

“People have come down here from all over,” Ray said, taking her arm and leading her through the crowds into the lobby and through the front door. “I heard some even flew in from Seattle and Vancouver.”

Despite herself, Ashley was impressed. The mood was contagious.  The press the crowds and excitement was palpable and lifted her spirits. There was a sense that people were on the edge of something fantastic, and all they had to do now was reach out their hands and take it.  Surprises and gifts seemed to be hidden in every corner, it was like a huge treasure hunt.

“Exactly,” Ray said. “The word is out. People have heard about the results! Everyone gets something they want badly! Something they need right now. Who doesn’t want to take control of their life?”

Ashley had never felt that she’d lost control of her life. In fact, she was proud of the fact that things had gone as she’d planned for many years. She was proud of it and grateful. It always gave her a sense of dignity and order in the world.

“Who wants to be fate’s plaything?” Ray said, as he checked both of them in at the door.

Ray stopped and grinned. “Who said we’re not?” he asked, leading her down the aisle to seats in the front.

“I’d rather sit a little further back,” Ashley recoiled as they moved closer and closer to the stage.

“No, come on! Let’s sit right in the first row! We won’t miss a thing! We’ll get all the good energy! You know what they say about people who come late and hide in the back?”

“What do they say?” Ashley had never heard anything like this.

“They say they’re the kinds who don’t jump into life. They put one toe in the water and never get wet. They come to the workshop, but are they fully there? Not really. They’re lurking in the back, wasting their time! Keeping your distance and taking your time isn’t the way to get what you want! You’ve got to jump in! Go the whole way! Leave your doubts and fears outside the door!”

Reluctantly, Ashley plopped down beside him in one of the two last seats left in the front row when everyone around her started standing, clapping and shouting.

Ray stood up too, cheering. “He’s about to come onstage,” said Ray as he clapped harder and harder. “The place is revving up for it, raising the energy! How you greet the teacher makes such a difference! How you start the Workshop, how you start you day.”

Then, the next moment, Vince Raine walked onstage, all smiles, his hands raised, clapping back at the audience. He was a gorgeous guy in his mid-forties, with dark curly hair, expensive slacks, a blue silk shirt, open at the collar.

“Welcome, Welcome,” Vince stood at the center of the stage, looking out over the audience with bright eyes. “What a day! What a life! Welcome to It!”

“Welcome,” the audience called back.

“Some people are here for the fourth and fifth times,” Ray murmured to her as the greeting went on. “They get so much from this, they can’t stop coming.”

Ashley looked again at the people besides her, in front, behind. They blurred into a huge mass of faces, filled with unbridled expectancy and hope. What about those who didn’t come back, she suddenly wondered? What about the ones who don’t get what they want? She didn’t dare say that to Ray though. As Ray said, this was definitely a time to jump in and swim. But what was she jumping into? Where were they swimming, could there be sharks milling around in these waters, just out of their sight?

“Okay, Okay,” Vince was speaking through a microphone now. “Let’s sit down and get going. We don’t want to waste a precious moment of this incredible day. I thank you for coming. I thank you for your hearts that are wide open and fearless. And those of you who haven’t been here before, I thank you for trying something new. We’ve all been living with a certain mindset for years,” Vince went. “We all have beliefs that have ruled our lives, told us what was and what wasn’t possible.”

He smiled and held out his arms towards the audience, then took them back again to his heart. “And we all have our dreams that we want to come true! Some aren’t sure they ever will, but they still have hope.”

Ashley heard the crowd murmuring. This guy was intensely charismatic, pulling them all in, like a huge wave that had splashed in from the ocean, encompassing all of them in its foam.

“Hope springs eternal in the human heart!” Vince’s voice grew more and more resonant. “Hope cannot be squashed.  Hope has been given to us as a gift, so we can live a life that we deserve – that is worthy of who we really are!”

A huge wave of applause rose up all around.  Vince went on despite the applause. “This Workshop will take on whatever it is that gets in the way of you living the life you want – of making your dreams come true. It will help you find what you’re longing for in the most unusual way.”

Ashley bit her lip.  Of course Vince was exciting and inspiring, but this definitely wasn’t her cup of tea. She didn’t have any huge dreams she wasn’t living.   All she wanted was to find the right guy to love, to be loved in return and take the next step with him. What was so unusual about that?  It didn’t seem as if all this should be necessary.  None of her friends had to go through this ordeal. In all the centuries people found their mates naturally, without something like this. Didn’t they?

Sophie Meyer has been writing for years, and has always been in love with love. With a background in psychology, philosophy and theater, she’s helped many find love, avoid detours and climb out of  inevitable pitfalls. The essence of her life and work are exploring the wonderful, spontaneous and unpredictable surprises life loves to provide. She also offers talks and workshops on finding and living a life of love. 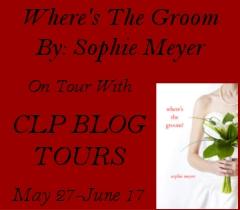 Click the button above to see the full blog tour schedule.  Everyone who leaves a comment on Sophie’s tour page will be entered to win a $20 Amazon gift card! Anyone who purchases their copy of  Where’s the Groom? before  June 17 and sends their receipt to Samantha (at) ChickLitPlus (dot) com, will get five bonus entries.