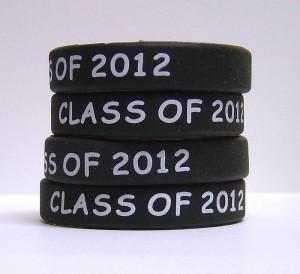 Okay, back to the point.  Tayler is graduating in the class of 2012.  As an impending Junior, there have been many mentions of class rings.  The salespeople have been to her school taking orders.  Pamphlets have been sent home.  They will be getting their class rings by the end of this school year.

Tayler decided that she did not want  a class ring in the traditional sense.  She asked if we would buy her a ring, but she wants it to be a ring that she will keep and wear for a long time, possibly forever.  She asked us to buy her first “real ring”.  No more cheap rings that tarnish and fall apart.  She wants a ring that will stand the test of time.

This past weekend, I took the kids to the mall.  I knew I was going to be going out this coming weekend and would leave Mike with the kids all day on Saturday.  I wanted to give him some time to himself.  Aren’t I nice? ha!

Anyway, Tayler and I have been looking at rings every time we go somewhere.  I wasn’t sure what she wanted exactly so we have been getting ideas.  I was going to purchase something and surprise her because I know what she likes.  Well, there was a ring she fell in love with at the mall this past weekend.  It was a blue topaz with diamonds on the side in 10k while gold.  The blue topaz is in a “kite setting”, which basically means that the princess cut stone is at an angle.  It is very pretty.  I told the jeweler that it was a bit above our budget and we left.

Mike and I knew that we were going to be on our own with funding this ring (or pretty much anything Tayler wanted) but we wanted her to have something she really liked.  After a brief talk with Mike while Tayler and I were at the mall, we agreed that we would buy this ring for her.  I surprised her and told her we would buy her the ring she wanted but wanted her to make sure it was something that she would be happy with.  She looked (while the kids went crazy in the stroller) and decided on the one she liked in the beginning.

I can’t find a picture of the ring but will share once we pick it up from being sized.

My parents bought me one but now I almost wish I had just did what Tayler is doing.  I don’t wear my class ring anymore but may be still wearing it if it weren’t a “class ring”.  What about you?  Did you have a class ring?  Do you still wear it?