Disclosure: I am participating in the Verizon Moms Voices program and have been provided with a wireless device and six months of service in exchange for my honest opinions about the product.

Before I begin, I want to say a huge thank you to Verizon for the wonderful time in Chicago. I was compensated for my travel and they covered the hotel for our stay. Without them, this trip would have been near impossible for our family to do! For those that helped us along the way in other ways, we appreciate you too!!!

It was a whirlwind of a trip last week and it literally took me 3 days to recuperate! But, it was so much fun too. Our family has never been on a vacation together. We do a lot of things around St. Louis but have never been anywhere for more than a day and my kids had never stayed in a hotel. The only mistake I made was by telling them we are going on vacation in advance. I spent a good week answering questions of when we were leaving, where we were sleeping, and on and on. It was a nightmare!

We headed out a day early because I had to be in Chicago earlier on Wednesday than was feasible to drive in one morning. We drove with all 3 kids like sardines in the backseat of my rental vehicle. They were pretty good but definitely did not enjoy the ride as much as I did. I love being on the road and, without kids, this would have been a nice ride. We did well, only stopping once at what my kids thought was the coolest rest stop EVAH, before stopping for dinner in Springfield, IL. Mike was on a mission to get a horseshoe for dinner and that is what we had. This is mine. 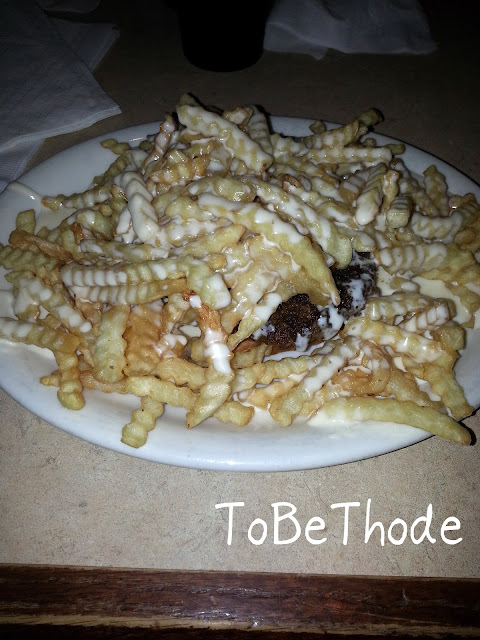 After that we headed back out and had to stop once more outside Bloomington because Jemma was just done being in the car. We all got out and walked a bit and I put some Lavender EO on Jemma for the final part of the trip. We stayed overnight in Lombard. We woke for a good breakfast in hotel and then were off to Chicago. I was so happy to see this! 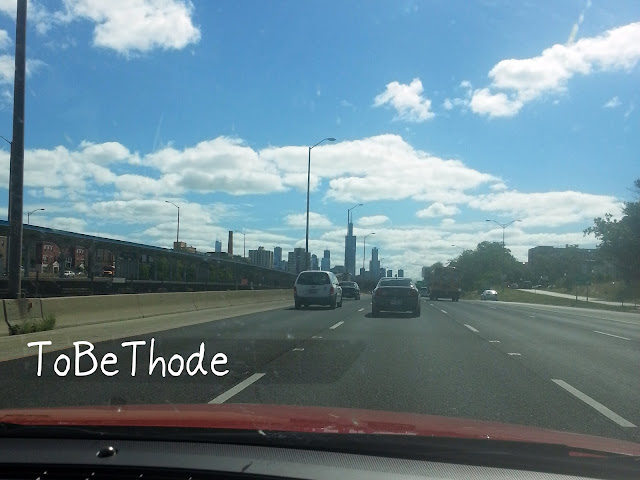 I found my longtime online friend, Jenna (from MommyJenna.com) in the lobby and checked in. We hung out for a bit until it was time to head out to meet the rest of the Verizon Moms Voices group. Mike took off with the kids to explore Chicago and the Navy Pier. Jenna and I hung out in the lobby tweeting and watching for others that looked to be in our group. Finally, we were off!

I was absolutely in awe of the buildings in Chicago. I mean we have some large buildings in St. Louis, but nothing like these. Not only that, but they are gorgeous! 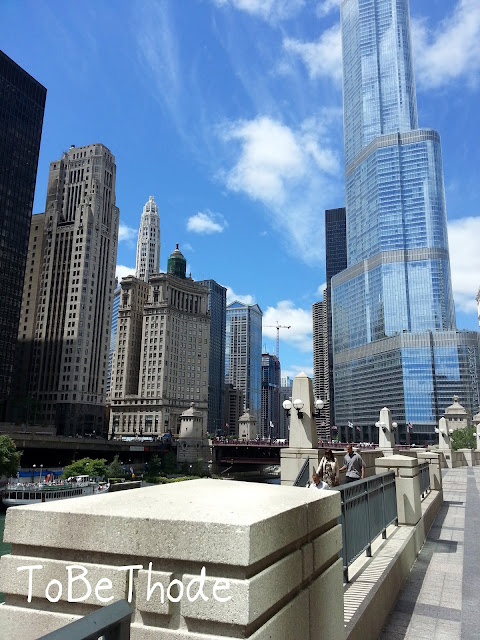 After a walk through the downtown area, we made it to our destination, Marketing Werks. Immediately, all those in attendance saw these bags. Until now, it was a huge surprise what product Verizon was going to be giving us for review. We were excited to see that these bags were ready for us. 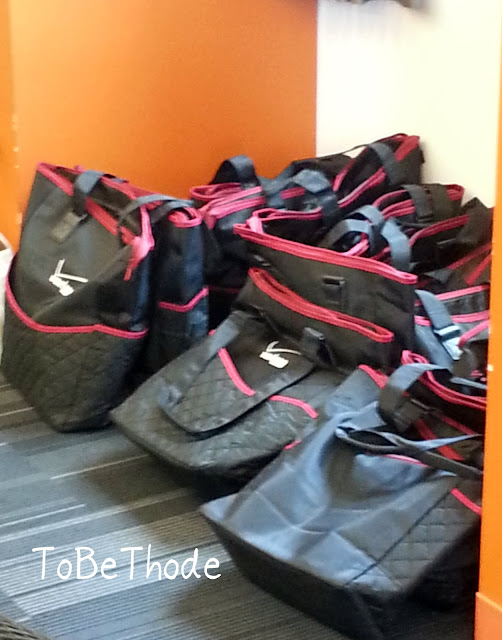 After what seemed like forever of talking and learning about Verizon and the program (come on, I was excited), were finally were able to dig into those bags! This is what we saw! 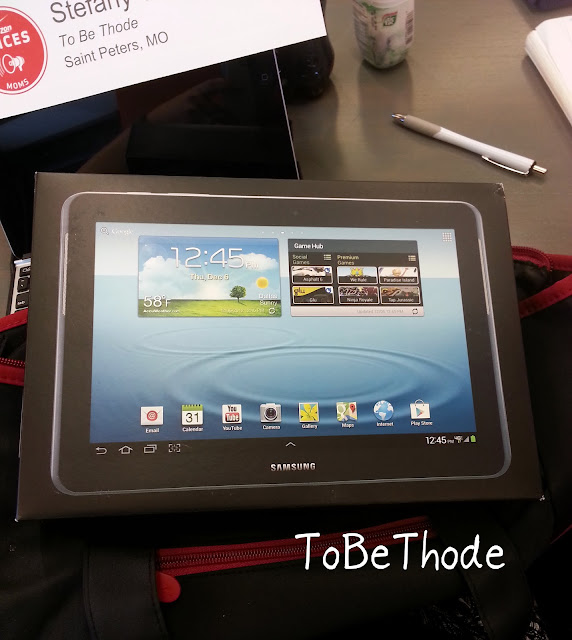 That, my dear readers, is a Samsung Galaxy Tab 2!! We were given some fun tips and tricks from a Samsung rep (thank you!) and were able to play around a bit. Jenna and I dove in and had some fun too. This is a picture of us taken with our new Verizon product. 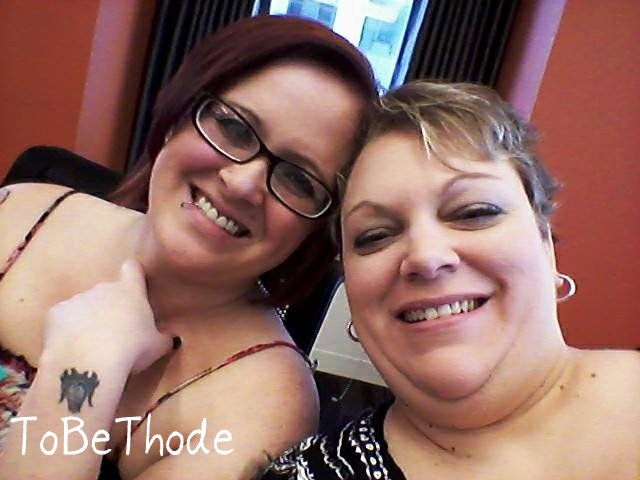 We headed back to the hotel to get ready for dinner. I was wiped out though. After spending hours and hours in the car, sleeping very little, walking to the meeting place and back, well, my body needed a break. I decided not to go out to dinner with the group. I laid down and rested a bit until my medicine kicked in and the family had enough and wanted to eat. Mike convinced me that Navy Pier wasn’t very far away (and thankfully it was an easy walk) so that is where we headed off to.

We had some dinner, rode the ferris wheel, walked around, and then watched the fireworks. I love the Chicago skyline even better at night. It is just gorgeous!

After a walk back to the hotel (of which Joley fell in the street and Mike had to stop at Walgreens), we all showered and laid back to get ready for bed. Mike and I both had a great time on the tablet and he even used my hotspot because his phone was not working in the city well. The hotspot worked perfect and we were both able to plan the next day. The bed was probably the most comfortable I have ever been on so it was a great night of rest!

I have so much more to tell you about my trip so be sure to watch for my post on “day 2” and some additional photos from Chicago!  Plus, over the next 3 months you will see several more glimpses at the Samsung Galaxy Tab 2 and how it is being used in my daily life as a mom! Follow along on Twitter and Facebook with the hashtags #VZWVoices and #mom to see what other Verizon Moms have to say too!