disclosure: We received the following for the purpose of review from VTech. All thoughts and opinions are my own.

I love interactive toys almost as much as my daughter does. Having a toy that makes noises that you can control is something that Jemma has so much fun with. But, what makes the following toys more fun is that they have great sounds! You will hear some catchy tunes (believe me, they are catchy!) and animal sounds. 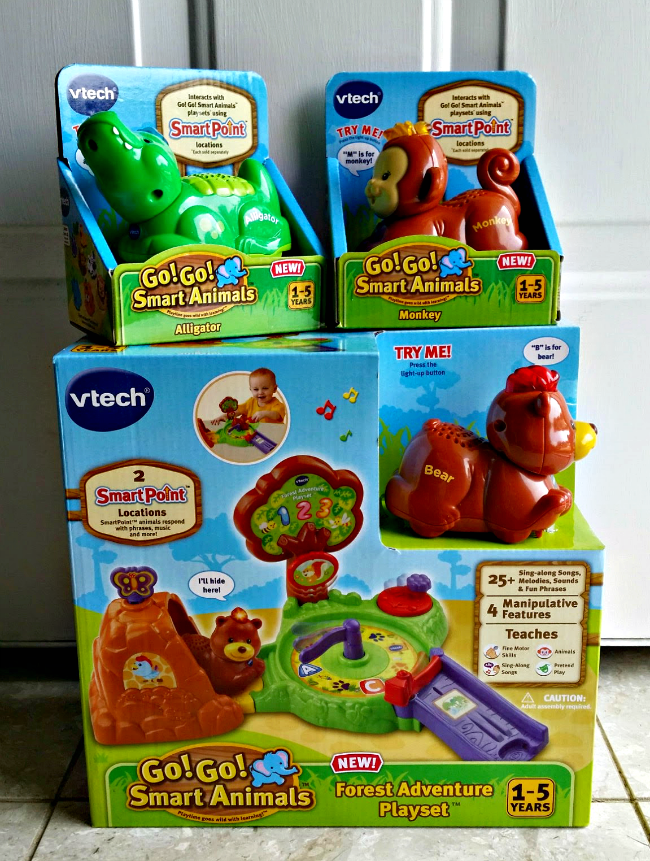 The VTech Go! Go! Smart Animals Forest Adventure Playset arrived at out house a few weeks ago. Jemma was so excited to see something arrive for her that she begged me to open them up right away so she could play. Before I even had them out of the box though, she was playing. She walked around with her new animals and started to sing along to their music.

Here are some facts about the VTech Go! Go! Smart Animals Forest Playset… They include:

Like I said, we were playing with these as soon as they were out of the shipping box. Putting the toy together was super easy and Jemma even helped out. She knew immediately what to do to make her new toy “work” and played with it for a good 20 minutes the first time! The animals hung out by themselves some and on the track some, but she had fun either way! 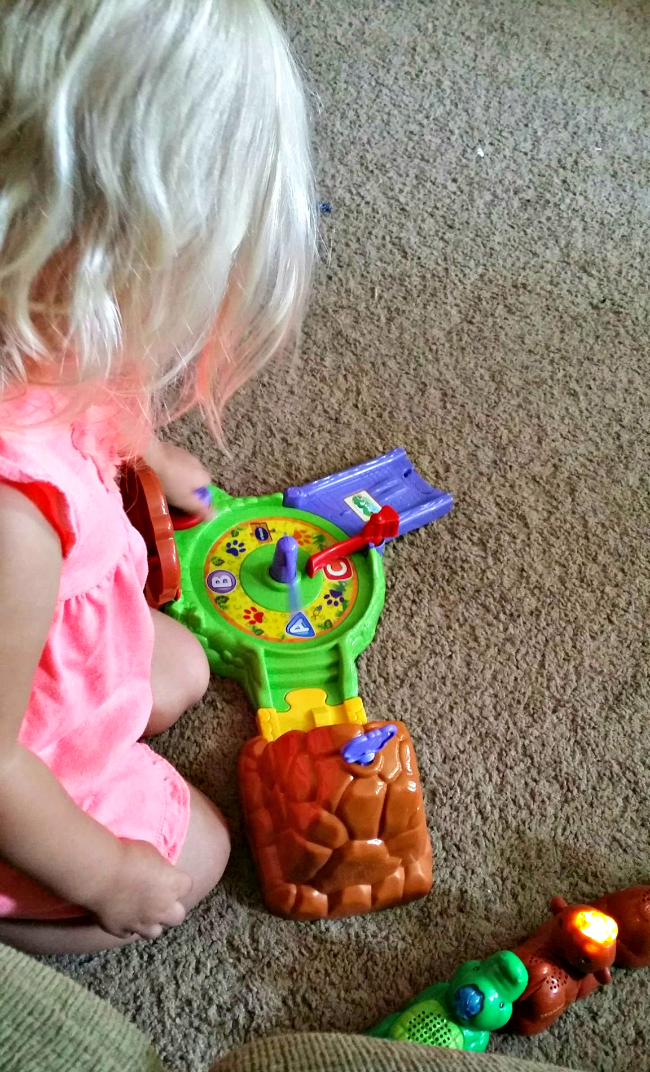 You can purchase additional animals for your playsets for only $7.99.  They are a perfect size for even the littlest hands. They have a light-up button that plays those fun animal sounds and songs that I mentioned. They teach letters and animal names! New animals include monkey, tiger, lion, hippo, giraffe, elephant, zebra and alligator. Each animal works with SmartPoint locations on Go! Go! Smart Animals and Go! Go! Smart Wheels playsets (each sold separately).

I know many of you aren’t even wanting to think about the holidays yet but I think these would make great gifts for those little ones in your life. They are fun, educational, and affordable… a combination you can’t beat!