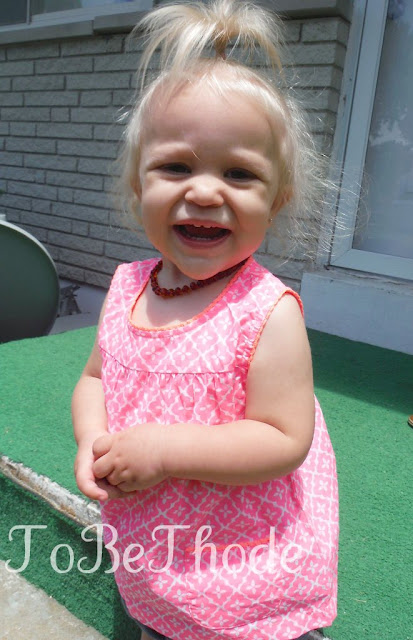 It has been quite some time since I gave you all an update on Jemma.  Today, I wanted to update you on how my sweet baby girl is doing.

We went to see the Pulmonologist last week for Jemma’s quarterly visit.  They were overall very happy with how she is progressing. Her language is right on and her fine and gross motor skills are perfect for her age. Basically, she has done a great job in catching up on the time she lost in the hospital. Where Jemma is lacking is beyond her own control though. Jemma has been having some difficulty with breathing when she gets excited. Whether it be playing or crying, if she gets worked up she often times has difficulty breathing. She doesn’t require her inhaler every time this happens but the doctor felt it enough to try to prevent these episodes from happening at all.

They have (as officially as it can get right now) diagnosed Jemma with asthma. They said that she is too young to actually diagnose because she can’t do the pulmonary function tests but they feel, given her family history of asthma (me), the RSV, and the huge hit to her lungs when she was on the ventilator and after, that it is highly likely that she has asthma. They are being proactive in her care.

They started her on twice daily breathing treatments. These treatments are not fun.  She hates them. She is like wresting an alligator when I have to give her one. I have tried to let her give her baby a “treatment” but that backfired when she refused to do one for herself and only wanted to give it to her baby. I have tried to let her hold it herself, but that is a joke. I have resorted to holding her on my lap and forcing the mask over her face. They said that she has to use the mask but, at this point, I don’t think any other options are any better anyway. My only hope is that she gets better with them.

So, this is a trial thing and we will going back to the doctor in September for a follow up. I have good hopes that Jemma will continue to do well and we won’t have to do this the rest of her life. If she is doing well, they may back off and see if she can do without. If she still has problems, they will keep her on it. Either way, I’m okay. I pray every day for her to be healed and okay again because I don’t want her to have any problems. But, she is my sweet girl and I also pray in thanks that she is alive.

My baby is here. My baby is walking, talking, and loving on me. She is perfect with imperfect lungs. I can live with that.