This past weekend, we were outside a lot and most of that time was at night.  I don’t like getting eaten up by mosquitoes but I hate to see those bites even more on my kids.  I worry about what I put on their bodies to protect them and decided to experiment a bit with some items we had.

On the first night, I sprayed the kids’ chairs and their and my exposed skin with some Avon skin So Soft Bug Guard Plus Expedition SPF 30 that I had. It is DEET-free and safer than many traditional bug sprays.  It is unscented so it has that “unscented smell”… you know what I mean.  It leaves the skin feeling a bit wet but not sticky. 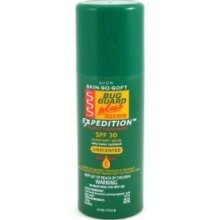 Results?  Eh, so so.  I had several times I felt mosquitoes on me.  The kids were running around like crazy and I didn’t see them scratching or acting as if bugs were on them.  In the end, I did not see any bug bites on them but I did find a few new bites on my legs.

The second night, I decided to try to rub a dryer sheet on my exposed skin.  I had read somewhere that it works and thought it worth a try.  I did not do this with the kids and instead sprayed their skin again as I had the night before.  This is a bit more of a risk for some because you have the risk of allergy with the dryer sheets.  I did not have any issues though so wanted to give it a go. 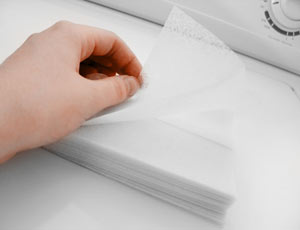 Results?  This worked well for me.  I wasn’t all that fond of the smell following me around all night so, if I do this again, I will find an unscented dryer sheet first.  Again, this is not for everyone so be careful if you try it.  I did not have any new bug bites after this method so I consider that a success.

Finally, on the last night, I decided to just give up on putting anything on my body.  Instead, I chose to get out the Off! Clip-On.  I put a new refill in the fan and hooked it to the back of my chair.  What I love is that the fan is not noisy and it doesn’t have any smell like the other methods I tried. 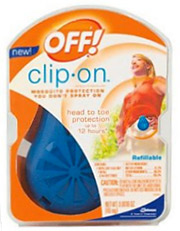 Results?  Again, so so.  I did have some bugs bothering me but no new bites.  I think this appeals to me most because it is truly the safest method of bug repellent.  Sadly, I don’t think it is the best method simply because the bugs were hanging around.  I will continue to use this but will likely pair it with some other method.  The kids did not have any additional bites tonight either.

I think a combination of products is the best bet for a true bug repellent for me and my family.  Each method I tried will be used again simply because they each have a positive to them… decreased bug bites!

So, there you have it.  Have you tried any of these bug repellents?  Were your results the same?