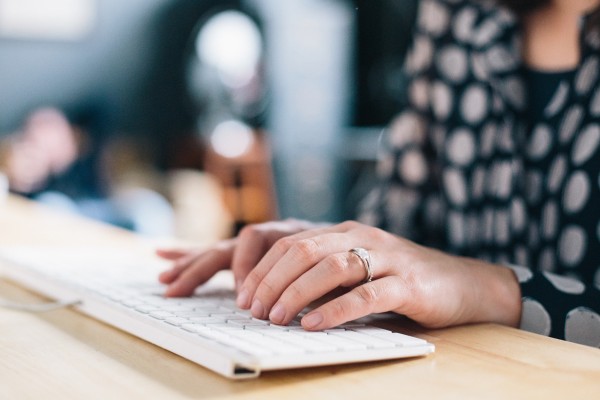 As a blogger I need to be on the computer. As a VA, I need to be on it even more than a blogger alone would be. I spend hours a day working on the computer, typing. Not to mention all the time I use my smartphone to look at and answer emails. This has caused some major health problems for me though and I received some news that any blogger would cringe at.

Yesterday I went to see a Neurologist. This has been planned for some time after a nerve conduction test was not able to explain why my fingers and hands were constantly numb and my hands hurt so bad. When I got the results a few months back, it just said that I had “mild carpal tunnel syndrome”. I received the call from my physician and was worried. I expected those results to show much more because my symptoms were much worse than a mild abnormality would cause.

The neurologist took a look at my study and shook his head. You see, apparently my test was read wrong and therefore my condition has been improperly diagnosed. He said, after spending a few minutes looking at the test itself, that I have significant carpal tunnel syndrome and ulnar neuropathy. On both hands. This is a much different diagnosis than what I was previously told.

I cried out of anger for the time wasted, out of relief for an answer finally, and out of fear of what was to come.

Yeah, I know that may seem extreme but I was so relieved to have my symptoms acknowledged. He said I have very little strength in my hands and after a neuro exam (pin pricks to the skin), determined I have very little sensation in my fingers. I was not happy to hear the results but knew it had to be something because the numbness is pretty constant now. This will only get worse as time goes on so I have to do a few things that he recommends.

He said he wanted me to see a neurosurgeon and to make an appointment soon. He then said that I need to see Physical Therapy to be fitted for splints. *sigh* That is the bad news. Typing with splints is not easy. Every time I type without them causes me pain though, so I have to do this.

I’ll be getting those splints today and am hopeful I will still be able to do my job freely. I am making an appointment with the neurosurgeon as well but am hopeful it won’t come to surgery. I expressed my disdain for surgery and he said I have to get evaluated because they would know for sure what my options are.

In the meantime, I at least know that I haven’t lost my mind. I have significant damage to the nerves and these symptoms are to be expected. That doesn’t make it any easier to accept though. I know several people who function with carpal tunnel syndrome but few have symptoms at all times. The ulnar neuropathy just adds to the discomfort I feel daily.

Do you know anyone with Carpal Tunnel Syndrome or Ulnar Neuropathy? Did they need surgery?